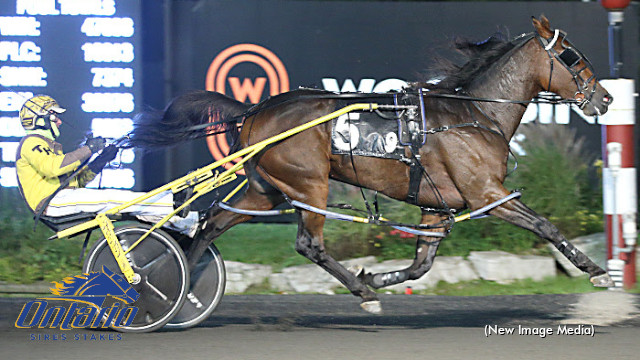 With regular reinsman Trevor Henry aboard, Desperate Man powered past pacesetter Powertrain in the stretch and matched his 1:49.3 lifetime mark, with 4-5 favourite and defending Super Final champion Bulldog Hanover closing for second-place honours.

Powertrain (Sylvain Filion) made the lead easily off the gate and clocked a :27.4 opening quarter before Bulldog Hanover (Jody Jamieson) came calling to press the pace on the way to the half in :55. With Powertrain motoring along up front to three-quarters in 1:22.1, Jamieson opted to tuck Bulldog Hanover into the pocket.

Meanwhile, Desperate Man began to advance from the backfield and he paced up alongside Powertrain in the stretch before driving clear for the 1-1/4-length victory. Powertrain settled for third in the short six-horse field.

"It's a hometown horse, it's great," said Henry after the victory. "I kind of left a bit. Jody kind of floated out of there. Thank god Jody rushed the issue a bit or else we would have been at the half real slow -- we weren't going much -- and that helped a lot, it opened the race up a bit. I knew I'd probably be first-up but I didn't care as long there was enough pace in front of me."

Bred by Winbak Farm, the Shadow Play-Dreamlands Latte gelding has put together a record reading 3-3-2 from 12 starts this season for the Cecchin family -- trainer Kathy, her husband John, daughter Nicole and son-in-law Paul Davies. Lifetime, he's earned six wins from 18 starts and is approaching the million-dollar mark in earnings. 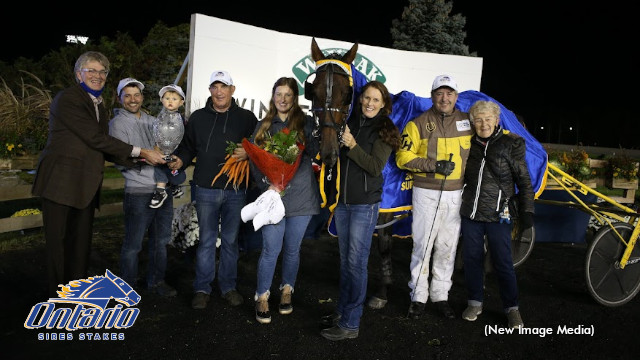 Be sure to check out the rest of the recaps in the 2021 Ontario Sires Stakes Super Final News Centre.