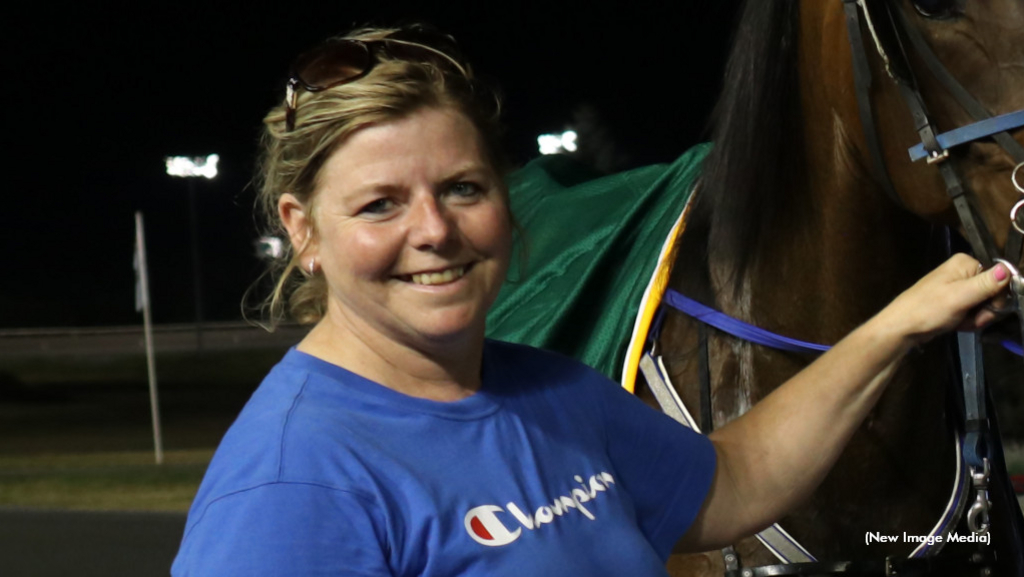 Sitting one win shy of a milestone, trainer Jodie Cullen secured the one she needed to reach the 1,000-win club when Millies Million won an $8,000 claiming pace on Saturday night (Oct. 15) at Flamboro Downs.

Jodie Cullen's climb to a thousand wins accelerated in 2018 when she became a lead for the Cullen training team in Ontario. She previously operated a modest stable in Western Canada, where her best year in the region came in 2001 with $98,743 earned. But since coming to Ontario, Cullen has recorded three seasons with more than 100 victories with 2022's numbers ranking at a career-high 147 wins and $1.5 million in purses. Cullen also currently sits second on the leaderboard at Flamboro Downs — with 29 wins — behind Richard Moreau, who has 48 victories.

So Frisky and driver Colin Kelly forged first up just before the half, pushed past a stubborn 3-5 pacesetting favourite in the form of Goodnight Irene (J Harris) and then repelled the late bid of Saulsbrook Jessie (Brett MacDonald) to win the $13,000 Fillies & Mares Preferred in 1:56.

Anita Ouellette trains six-year-old So Frisky (Dali - Beauty Delight) for owner/breeder Luc Ouellette Incorporated of Campbellville, Ont. So Frisky picked up her seventh win of the season, arguably her best given that her $59,920 bankroll is already a lifetime seasonal best with a few weeks on the 2022 calendar remaining. She paid $9 to win.