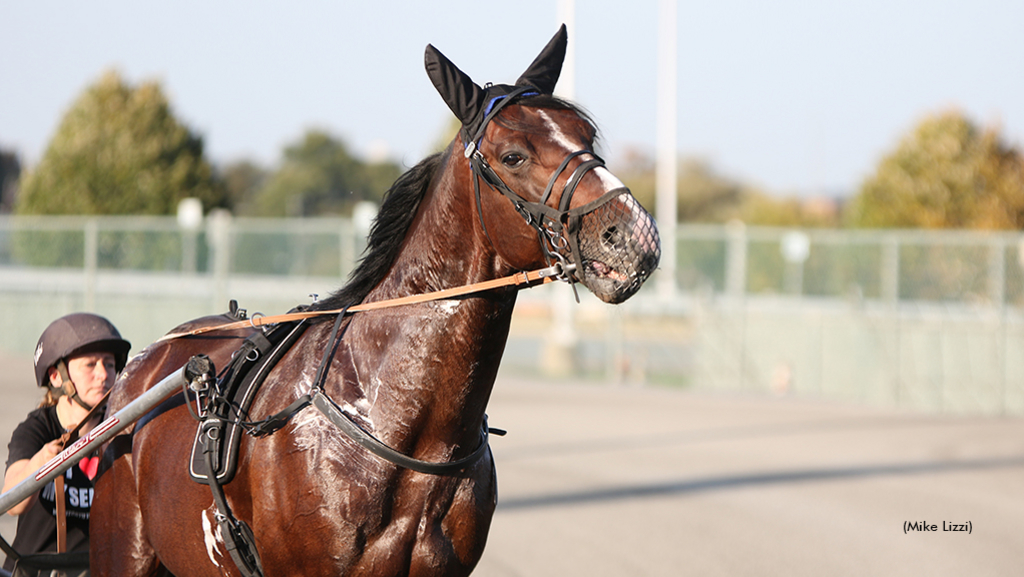 To get a horse to the MGM Yonkers International Trot has been on Jens Glud Hansen’s radar for several years. He never thought Swedish-born stallion Kennedy would be the one to fulfill that goal.

Hansen purchased Kennedy, who will be driven by Jason Bartlett in Saturday’s $1 million International Trot at Yonkers Raceway, for 30,000 euros in an internet auction toward the end of last October. Since then, the Erik Bondo trainee has won seven of 12 races and earned more than $200,000.

The seven-year-old son of Joke Face-Lisa America will start from post nine in the second tier of Saturday’s 10-horse invitational field that will go the distance of 1-1/4 miles. He is 8-1 on the morning line.

“In our wildest imagination we didn’t think that within a year after we bought him we would be here,” said Hansen, a resident of Denmark who competes as Panamera Racing, which includes his wife, Jeanette. “To be here within a year, it’s mission impossible.

“He’s been fantastic. It’s been an amazing ride. We have been inside the harness industry for 30 years and we have around 50 horses. We have participated in Group 1 and Group 2 races before, but this race, we have been talking about it for years. I think it’s amazing to be here. The trip, all the social events, it’s the top of the cake.”

In addition to owning horses, Hansen is an astute horseplayer who has hit large jackpot payoffs in Europe. He joked the reason he bought Kennedy was because he never had success betting on the trotter.

“I wagered so much money on him because I liked him so much and he never won,” Hansen said, adding with a laugh, “So, I said if I buy him, I will stop betting on him. It would be cheaper.

For his career, Kennedy has won 13 of 62 races and earned $353,492. Hansen thinks Kennedy, who has raced on 1,000-meter tracks in France, will adjust well to the half-mile oval at Yonkers.

“He’s a big horse, but he’s an easy trotter, so I don’t think it will be any issue for him,” said Hansen, who shares ownership of Kennedy with Egebro Racing, also of Denmark. “It’s not an advantage, but I think there are some other horses in this race that would find it harder on 800-meter tracks than he would.

“He’s such a nice stallion. He’s got a good temper. The last two or three races he’s been meeting the top guys. We’re looking forward to participating here.”

And Bartlett, who is the leading driver at Yonkers, is looking forward to it as well.

“I hear he’s a strong horse, so a mile-and-a-quarter is going to be good,” Bartlett said. “On paper, [post nine] looks like a good spot.

“But you don’t really know your competition. That’s a big part of your driving strategy, going into the race and kind of knowing the horses. This race, there are so many different things that can happen, with it being a mile-and-a-quarter and horses never being on a half before or coming to Yonkers and thinking they can be [outside] the whole way.

“Going into that race, I don’t really think you can have a plan. You just kind of read and react and see how the race is unfolding while it’s happening. Knowing the track, I guess that’s my advantage.”

Bartlett will be driving in the International Trot for the second time. In 2018, he finished third with France’s Up And Quick at odds of 10-1. The race was won in upset fashion by Cruzado Dela Noche.

“If I get out sooner, I think it’s a different outcome,” said Bartlett. “But it was a pleasant surprise to finish third.”

As for this year, Bartlett is thankful for the opportunity to drive in the event again.

“It’s my home track and it’s the biggest race we put on,” said Bartlett. “It’s great to be a part of that.”

France’s Etonnant is the 5-2 morning-line favourite in the International Trot.

The following is the field for the International Trot, with ] denoting a second-tier starter.

(With files from USTA; Photo of Kennedy with groom Vikki Niiniketo by Mike Lizzi)