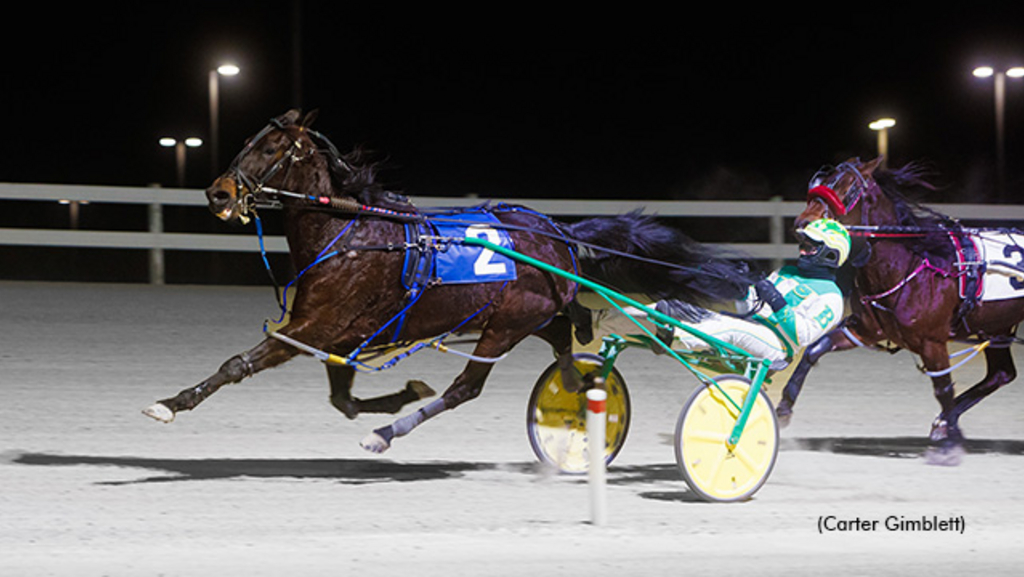 James Dean trainee Kays Shadow has dominated in Pop-Up Series preliminaries at Flamboro Downs. And on Saturday (Jan. 29), she tied the bow on the series to take the $18,000 final as the 1-2 favourite.

As she did in each round, Kays Shadow controlled the terms at each mark, setting a clip of :28.4, :58.4 and 1:28.4. Bluewater Beach began a first-over advance out of fifth heading to the half and drew closer to Kays Shadow into the final turn. Georgia January also grew antsy from the pocket with Cayo Loco in behind to leave Kays Shadow with a contingent of competition off the corner. The nine-year-old Shadow Play mare stood her ground on the point all through the lane, keeping a half length in front of Georgia January to win in 1:59.1 while Bluewater Beach and Cayo Loco finished third and fourth, respectively, just a quarter-length behind.