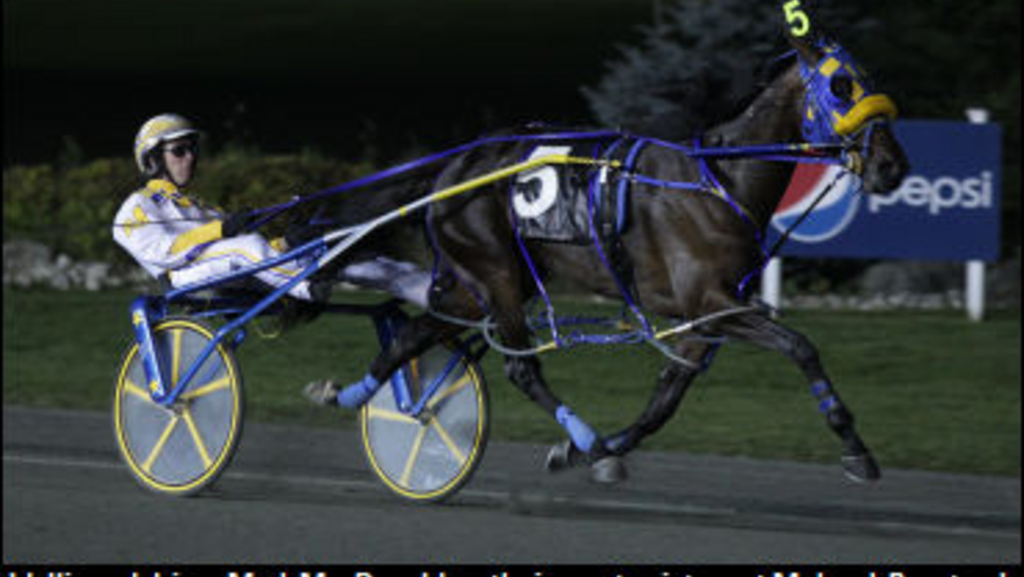 Winning a fantasy sports contest gave Joe LaCova the thrill of a lifetime. Now, he’ll look for another thrill ride in the form of Idyllic, the first horse he has ever owned and one who could pace away with a prestigious award

Idyllic is a finalist for this year’s O’Brien Award for Canada’s top two-year-old pacing filly. The O'Brien Awards, slated for this Saturday evening at the Delta Meadowvale in Mississauga, Ont., recognizes the best in Canadian harness racing.

LaCova still remembers winning the fantasy pool as though it were yesterday.

“About 12 of my friends, including myself, put in roughly $200 into a fantasy football league,” Lacova said. “At the end of the season it was a winner take-all bet. It was amazing; I won so I used that money to purchase a yearling along with my father, Mike.”

Joe’s father first introduced him to harness racing at a young age. The duo often attending Yonkers Raceway. Mike has owned horses for over 40 years, but nothing in the league of Idyllic.

Defeated only once from nine starts, her list of accomplishments include victories in the $688,000 Shes A Great Lady Stakes, $501,000 Three Diamonds Stakes, a $100,529 division of the Eternal Camnation Stakes, a $93,130 division of the Champlain Stakes and a Breeders Crown elimination.

The daughter of American Ideal was purchased by Casie Coleman for the LaCovas along with West Wins Stable and John Campagnuolo.

After Idyllic was purchased, she was shipped to Coleman’s barn at Classy Lane Training Centre near Puslinch, Ont.

As Idyllic was preparing for her two-year-old season, Coleman resisted the urge to praise the filly, according to LaCova.

“When Idyllic was training, Casie and I would always have numerous conversations and she would never tell me just how good she thought Idyllic was. She knew this was my first horse and didn’t want to get me too excited, until her assistant trainer, Andrew Harris, told me that Casie said she was one of her favourites.”

The relationship between the LaCovas and Coleman dates back to 2008 when Mike made a trainer change for his star pacer at the time, Race Track Ruler.

“We always watch races on the WEG circuit and I knew Casie had a stable in New Jersey, so we gave her the horse (Race Track Ruler),” Joe said. “She did a tremendous job with him and even won the Open at the Meadowlands.”

“My family and I drove all night to watch her race in the Eternal Camnation Stakes (at Mohawk). She was locked in for the better part of the mile until she finally found room late in the mile. When (driver) Mark MacDonald asked her, she exploded, weaving between horses to win. That’s when I realized we had something special.”

Joe doesn’t take for granted just how fortunate he and his family are to own the filly. “She has changed our lives,” he said. “I’m happiest for my father more than anything. He has owned horses for over 40 years, mostly claimers at Monticello, and to have a great filly like her, it’s just unbelievable.”

Her success has allowed Joe to invest more money into the sport. He now owns four horses in total, all with Coleman, while his father owns seven.

“We are very excited to come to Canada again. We will spend a few days at the farm to see the horses and attend the O’Brien Awards on Saturday. It’s a date that we have been looking forward to for quite some time.”

Just how confident is he of standing at the podium Saturday evening?

“It will be interesting to see,” he said. “She had a tremendous year, only lost one race, but stranger things have happened. At the end of the day, she had a great year and I’m looking forward to Saturday night and over more so for her three-year-old campaign.”

Over the past year, Joe and his family have enjoyed a life-changing experience through the sport they love. In just a few days time, they could be in line for yet another one.