Owner Has One 'Hill' Of A Year 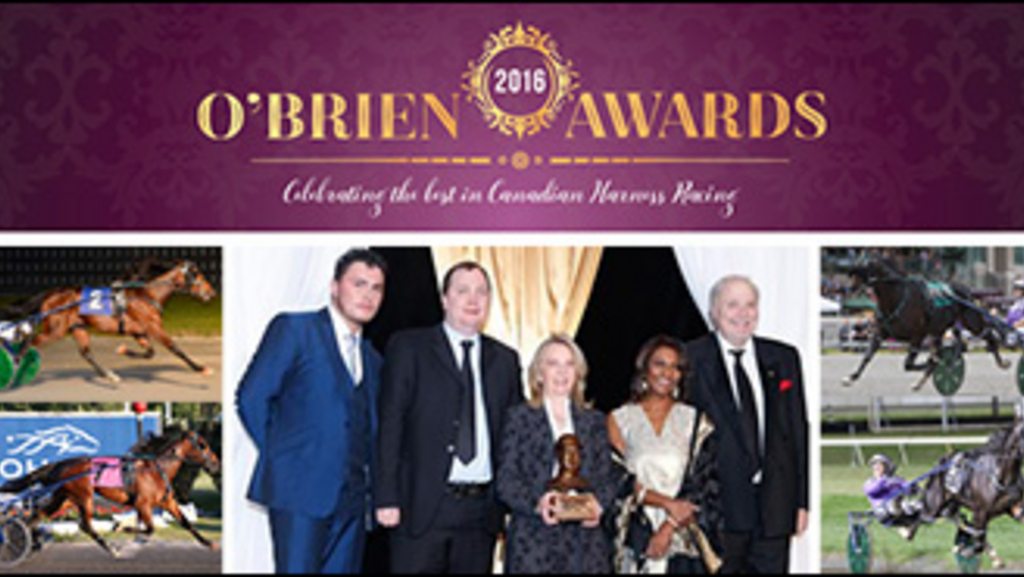 Most owners would be ecstatic to have one horse named as an O'Brien Award finalist. Tom Hill comes into Saturday night's black tie awards gala with a chance to take home two trophies.

Hill owns a pair of three-year-old finalists: trotting filly Caprice Hill and pacing colt Racing Hill, both trained by Tony Alagna. The winners will be announced at the annual O’Brien Awards Black Tie Gala on Saturday, January 28, 2017 at the Hilton Mississauga / Meadowvale Hotel in Mississauga, Ont.

Caprice Hill, an O’Brien champion at two, put together another profitable campaign in 2016, with eight wins in 15 starts and purses in excess of $630,000 for her connections. The daughter of Kadabra - Bramasole won three of four Ontario Sires Stakes events, the Casual Breeze, Simcoe Stakes and was runner-up in the Hambletonian Oaks. She is a finalist along with another Kadabra filly, Emoticon Hanover.

Racing Hill hit the board in 14 of 16 races and racked up more than $1.6 million in earnings during a season that saw victories in the Hempt, the Adios elimination and final, the Messenger, the Tattersalls and the Breeders Crown Championship. In the Breeders Crown he took his 1:48 lifetime mark and set a new stakes record. His rivalry with O'Brien finalist Betting Line is renewed in the three-year-old pacing colt division.

With two top horses claiming multiple stakes events, the ability to select just one highlight isn't an easy task but Hill was able to point to a pair of late-season efforts among the year's highlights.

"Breaking Somebeachsomewhere's stakes record for the Breeders Crown for Racing Hill, and winning the Matron at Dover beating All The Time by three and a half lengths, ear plugs still in, 1.52.1 for Caprice Hill."

Also an O'Brien Award winner with Western Silk in 2010, Hill was "delighted" to get the call from Standardbred Canada advising him of his two finalists. He'll be making the trek across the Atlantic Ocean from his home in the United Kingdom to be on-hand in Mississauga this Saturday night.

"It's a very enjoyable evening and very exciting to have both horses nominated, which is why we are flying from the U.K. to attend as it's always a great event."