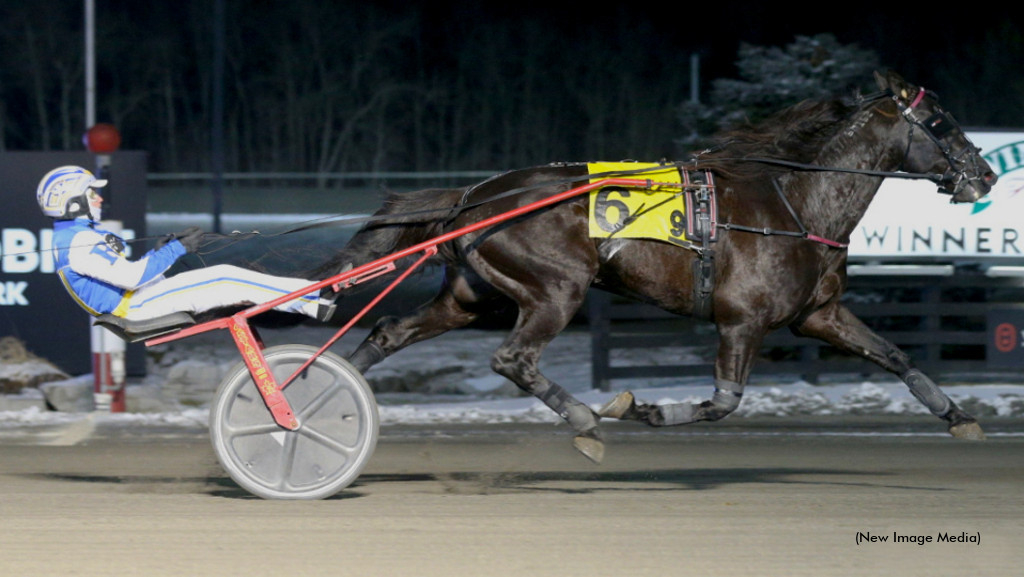 After disappointing as the favourite in last week’s assignment, Pikachu bounced back in front-stepping fashion when he captured Monday’s main event at .

With Louis-Philippe Roy in the sulky, Pikachu powered to the top from post six and had the field following him through sensible fractions of :28.4, :58 and 1:25.4.  He then used a :29-second kick in the final frame to win handily over Warrior One in 1:54.4.  Race favourite Looks Like Moni had to settle for the show dough in the $28,000 affair.

Gregg McNair trains the nine-year-old son of Andover Hall-Playwood for High Stakes Stable Inc of .  The victory improved his 2023 record to 2-0-1 from four assignments.  The 29-time winner bumped his lifetime earnings to $469,749 with the tally.

The native is off to a terrific start this season as noted by his .320 UDR which comes as a result of the 16-14-17 record he’s assembled from 92 drives this season.  The career winner of 2,148 races has banked well over $36 million to date.