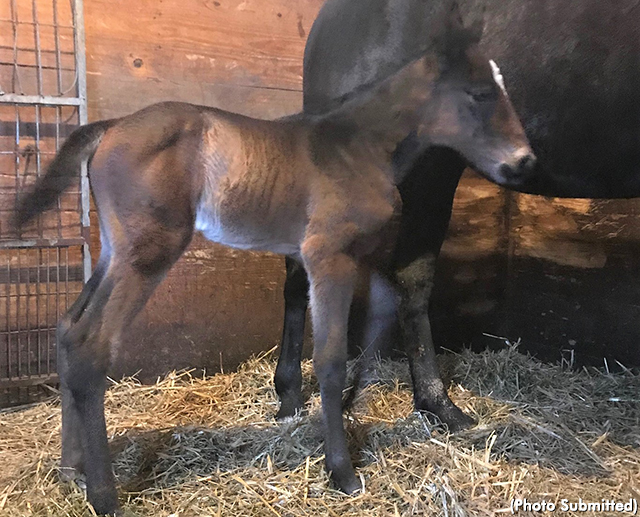 She is also the first foal for the Infinitif mare Dress For Success (3,1:56.4; 4,1:54.3f; $115,379). Selected as a yearling and raced by Ruddick Stables, the mare ventured to the East Coast after competing in the Midwest at ages two & three. She finished second in a leg of the Super Bowl Series and went on the win two overnights at the Meadowlands. She went on to sweep all four preliminaries of the Bobby Weiss Series at The Downs at Mohegan Sun Pocono in 2015.

Farm-manager Stacey Ruddick said “Both mother and baby are doing great. She is a very active filly. Now, we have a dress and a mini skirt on the farm.”

Ruddick Stables shares ownership of the mare and foal with Dennis Denise, of Indianapolis, Indiana.

(With files from Ruddick Stables)