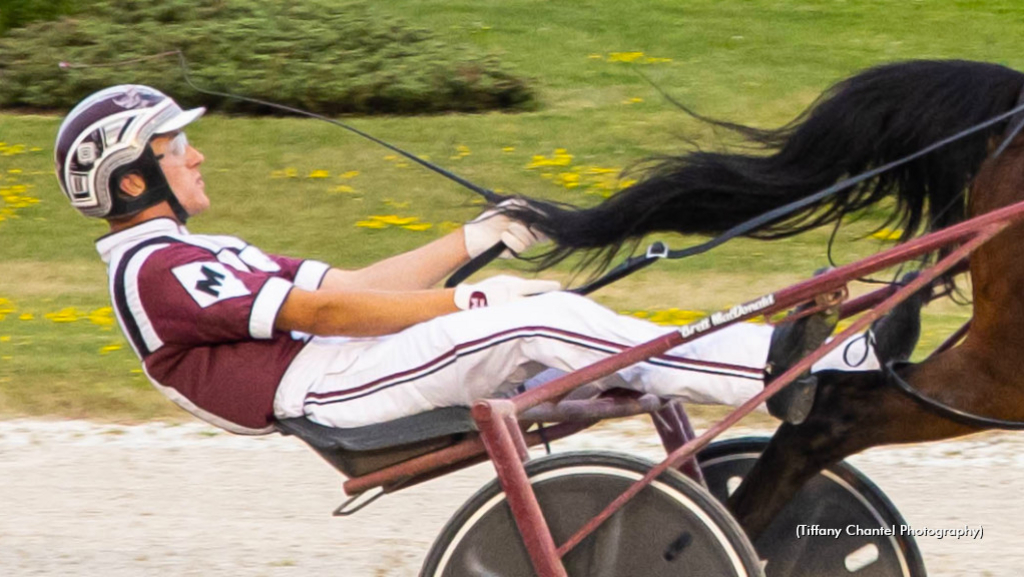 In his first drive of the night and the first race of the card on Saturday (Jan. 21) at Flamboro Downs, Brett MacDonald nabbed a victory which sent him to the seven-digit stratosphere.

Leaving from post seven in the $8,400 event, Brett MacDonald motored Richard Moreau trainee Got Charlie to the point and cleared after a :28.3 first quarter. Facing nothing but respect on the front through a :58 half and 1:29.1 three-quarters, Got Charlie just had to withstand the live charge of Rock On Harriett in the lane and did so by three-quarter lengths in 2:00.3. The winning share of the purse by the four-year-old Sportswriter mare just landed MacDonald over $10 million in career earnings.