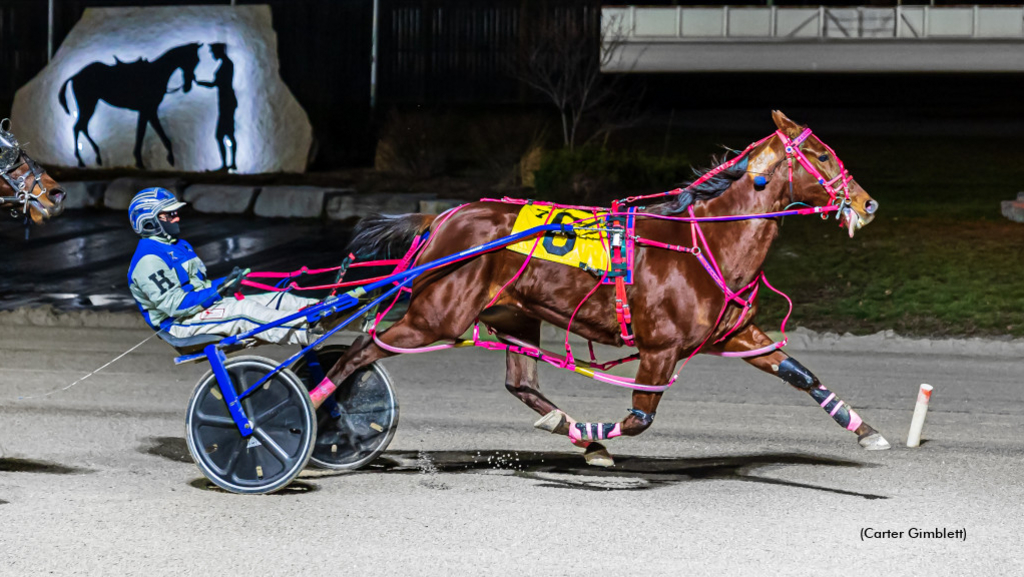 Team Hensley snagged the $12,000 Fillies and Mares Preferred Pace on Wednesday (Jan. 18) at The Raceway at Western Fair District and on a night wrapped by an incident forcing a no contest.

In the feature, driver Ed Hensley sent Major League N to the point before a :27.3 first quarter and endured first-over pressure from So Frisky through middle splits of :58.1 and 1:26.3. Major League N held her ground at the pylons spinning for home and repelled So Frisky in the lane to win by 1-1/2 lengths in 1:56.3 with Maddys Credit another four lengths behind in third and Charmbro Brie taking fourth.

The card ended on unfortunate circumstances in the evening’s 10th race, which was declared a no contest as the field hit the final turn. Reports from Western Fair indicate that Twain Seelster went down at the half and unfortunately passed away. Driver Scott Coulter was able to walk away unscathed.

Please join Standardbred Canada in offering condolences to the connections of Twain Seelster.