Not Afraid Delivers In Open Trot 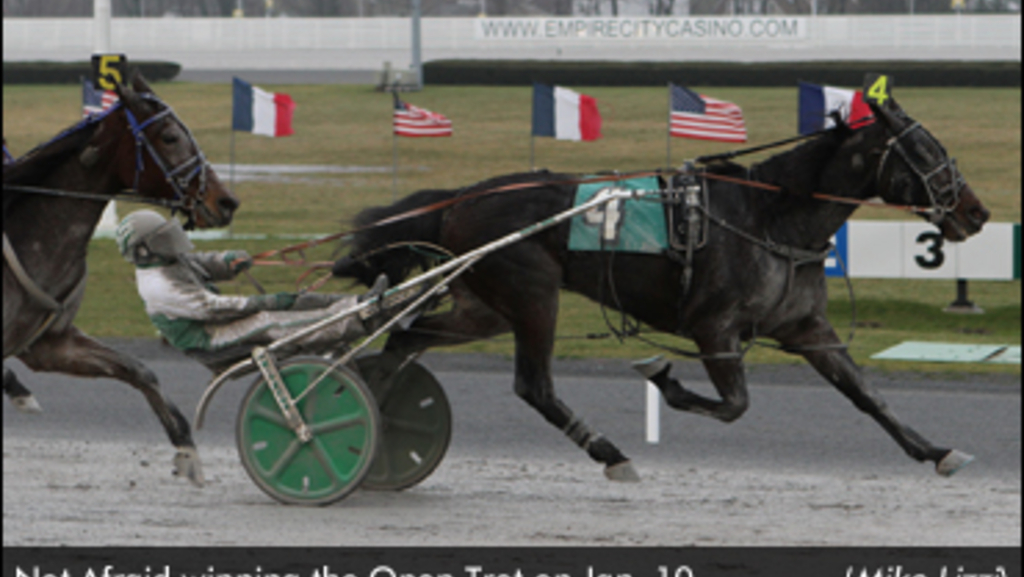 Leaving from post position No. 4, he had some company with Theraputic (George Brennan) and Red Hot Herbie (Brian Sears). “Herbie” made the lead before a :28.2 opening quarter-mile as Not Afraid deferred into a three-hole.

Red Hot Herbie, Tweet Me (Pat Lachance) and Sumatra (Jordan Stratton) completed the cashers, while Theraputic tired to last among the half-dozen.

For Not Afraid, a now-seven-year-old S Js Caviar gelding trained by Jimmy Takter for co-owners his wife, Christina, John Fielding and Goran Anderberg, he won his seasonal debut (career earnings up and over $700,000). The exacta paid $40, with the triple returning $143.