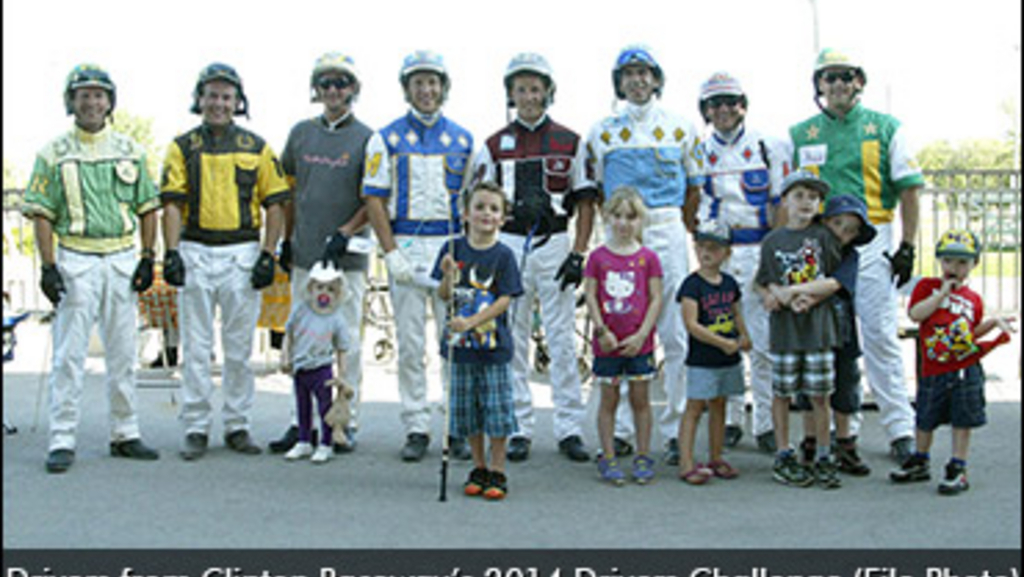 Two years ago, James MacDonald was winning Clinton Raceway's annual Drivers Challenge heading into the final race when Trevor Henry pulled off a last-second victory. MacDonald got his revenge a year ago, winning his first title with a decisive victory over Jody Jamieson. Henry was third.

On Sunday, Aug. 16, the trio, along with five other top reinsmen, will suit up against each other again as the 35th annual Drivers Challenge has its reboot date. The Drivers Challenge was originally scheduled for May 31, but was cancelled due to torrential rain. The event is in support of the Clinton branch of the Royal Canadian Legion.

“Legions are having a tough time financially across the province. Every cause is a good one, but we think this will be a nice tie-in for us,” said Clinton Raceway general manager Ian Fleming.

Though it’s a fun, relaxed atmosphere in which all proceeds of the day, including the drivers’ fees, will go to the Legion, MacDonald said the drivers don’t take the competition lightly.

“Everyone’s really competitive,” he said. “You put a bunch of egos in together and one’s a winner and you’re going to get people trying pretty hard. There’s no favours there, that’s for sure.”

Henry, a finalist for the O’Brien Award for Canada’s driver of the year in 2014, said pride is on the line.

“It’s always nice to have the bragging rights,” Henry said, “But it’s just a lot of fun. It’s a good day out.”

Henry, long the king of Ontario’s smaller tracks and now a regular fixture on the WEG circuit, said he’s a big fan of Clinton Raceway.

“It’s just good to go there and give back to the town of Clinton,” Henry said. “They do a lot of good there. It’s a good town and a nice track and a good spot.”

MacDonald said he likes making the trip to Clinton because the Drivers Challenge usually draws a huge crowd and, “the people there seem to appreciate it and they put on a good show.”

In the wins department, after Carroll, McNair currently ranks seventh in the nation with 171 wins, followed by Henry in eighth (157) and MacDonald in ninth (139).

The eight reinsmen participating in the Drivers Challenge have more than 26,300 career wins between them and combined career earnings of around $300 million.