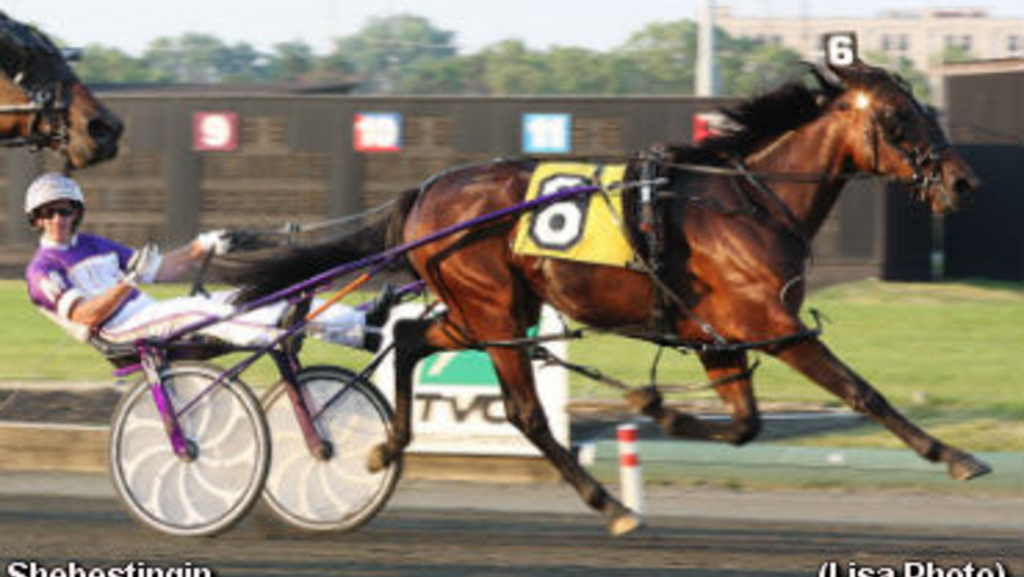 Brittany Farms has added Shebestingin, whose 1:47 victory in a $122,500 Glen Garnsey Memorial division in 2013 at The Red Mile is the fastest mile ever by a female pacer, to its broodmare band. Brittany has purchased the interest in the mare owned by L & L DeVisser and Ted Gewertz. Val d’Or Farms retains its ownership position in the mare.

Shebestingin is by Bettors Delight and is out of the Abercrombie mare Armbro Tussle. She will be bred to Captaintreacherous this spring.

“This gives Brittany the fastest three-year-old filly of all time and the former fastest two-year-old filly of all time in American Jewel,” said Brittany manager Art Zubrod in making the announcement. “Lee DeVisser told me he was thrilled that Shebestingin is going to Brittany because she will be given the best opportunity as a broodmare. Also, we’ve been partners with Val d’Or Farms for more than 20 years, so this is a great partnership.”

It was announced earlier in the week that Shebestingin had been retired from racing. Trained by Joe Holloway, the five-year-old mare had finished second in an overnight on Friday, March 6, at the Meadowlands. She completes her racing career with 18 wins in 36 starts and $760,038 in earnings.

(with files from Brittany Farms)