Success For Ont. Connections In Hirt 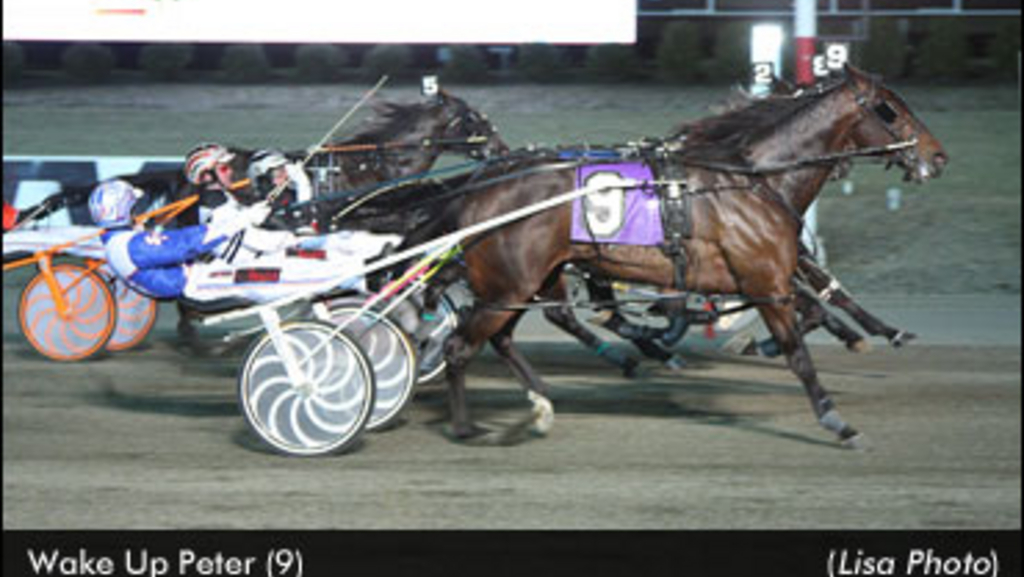 With series action heating up and some more recognizable names populating the entries, Saturday nights at The Meadowlands are beginning to feel more event-like.

Golden Receiver is back and delivered a gallant 1:49.3 win in the $30,000 Free For All, out-gaming Dovuto Hanover to the wire after having been headed by that one in mid-stretch.

Corey Callahan had Golden Receiver on the good foot off the wings, crossed over before the first turn and was on a clear, comfortable lead past the half in :54.2. Dovuto Hanover had beaten Golden Receiver two weeks ago with an extended hard brush and driver Tim Tetrick attempted to repeat that bull rush strategy tonight. Dovuto Hanover won the stretch battle for several strides, poking his head in front temporarily before eventually losing the war.

Golden Receiver was winning for the 60th time in his storied career for New York owners Our Horse Cents Stable and Nina Simmonds. Mark Harder has his stable stalwart prepared for another successful campaign.

The first leg of the Clyde Hirt Series split three ways and the first $20,000 division opened the evening’s card with a surprise winner in Ontario Success.

The two post time favourites duelled through the first turn with Burkentine Hanover wrestling the lead from Sea And Ski just past the :27.4 quarter. When the pace slowed slightly as they neared the half, Sea And Ski got rough-gaited in the pocket and broke. Scott Zeron had placed Ontario Success well back early, moved behind live cover third over and swept by in the shadow of the wire for the 1:51.2 score.

The winner returned $15.80 and coupled with 40-1 bomb Summer Smackdown in second and mid-priced Stars Above in third, the $1,447 trifecta got the night off to a lucrative start for the few lucky ticket holders.

Ontario Success is owned and bred by Ohio's Emerald Highlands Farm and trained by Tony O’Sullivan, who came right back to win the second division of the Hirt with another Woodbine shipper, Avatartist.

Driver David Miller employed the “go to the front and improve your position” strategy with Avatartist, clearing quickly from the outside post eight and set an even pace throughout. Favoured Andrew Luck pressed the leader around the final bend before succumbing and dropped the place photo to Teresas Beach. Avartist became harness racing’s latest 1:50 performer with the win for owners William Hill, Peter Harrison, Mike Saftic and James Walker, all from north of the border.

The third division of the Clyde Hirt came down to a nose photo and the nose on the wire was Wake Up Peter's.

The 3-5 favourite, Wake Up Peter, sat a second over trip around the far turn, which was paced in :27-seconds flat, and used every inch of The Meadowlands stretch to just nail CC Heet Seeker, who cut the fractions at 17-1, on the wire. The winning time was 1:51.3.

For Wake Up Peter, the win was his fourth in as many starts and the third consecutive since trainer Larry Remmen purchased him for Ontario owner Bradley Grant at the January Tattersalls Sale.

The driver of Wake Up Peter had a big week as Zeron won seven races over the three-day span at The Meadowlands, including three on tonight’s program.

Total handle for the Saturday program was $3,354,414, which included slight gains on-track.

A reminder that The Meadowlands has added a live racing card and will race this coming Thursday, March 20, with first post time at 7:15 p.m.