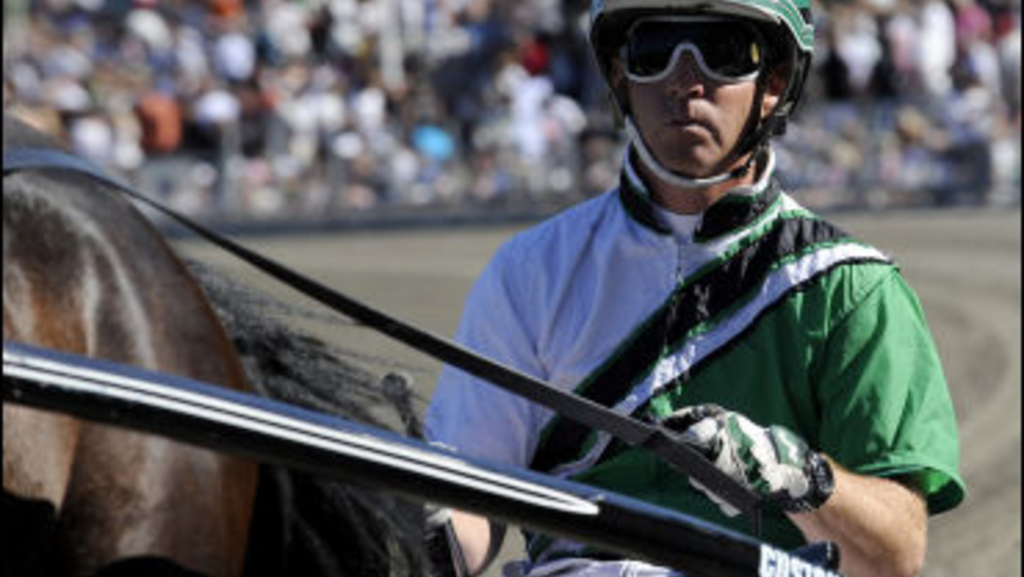 Hall of Fame trainer Jimmy Takter typically heads into Hambletonian Day with plenty of power on several fronts, including a colt in each of the three eliminations for the $1-million classic.

Hambletonian Day at the Meadowlands Racetrack is this Saturday, August 3. Gates open at 10:00 a.m. and first-race post time is 11:50 a.m.

The first three finishers from each of the $70,000 Hambletonian eliminations (Races 7, 8 and 9), plus the fourth-place horse with the highest lifetime earnings, will advance to the $1-million final (Race 12). Elimination winners draw for Posts 1 through 5. The Hambletonian final will kick off a $100,000 guaranteed Late Pick 5.

The 52-year-old native of Sweden that is based in East Windsor, New Jersey is a two-time Hambletonian winner (Malabar Man, 1997; Muscle Massive, 2010).

In addition to his three Hambletonian hopefuls, High Bridge, Dontyouforgetit and Corky, Takter also has To Dream On in the $500,000 Hambletonian Oaks.

Also, Takter will be looking to dominate both major stakes for two-year-old trotters. He will send out four fillies in the $321,700 Merrie Annabelle, including two undefeated standouts, Lifetime Pursuit and Shake It Cerry. In the $280,500 Peter Haughton Memorial, he has the favourite, Father Patrick.

In the $318,350 John Cashman Jr. Memorial, his dynamic duo of Guccio and Uncle Peter will take on the 2012 Hambletonian champion Market Share. He also has the rail with Breeders Crown champion Rockin Amadeus in the $250,000 New Jersey Classic, and millionaire Little Brown Fox in the $75,000 Vincennes Trot.

The three-time U.S. Trainer of the Year sounded optimistic about his Hambletonian prospects.

“I’m happy with all three going into it,” said Takter. “They’re all in good shape and they’re all different. It’s going to be a very competitive race, and I think there’s one main target, Royalty For Life. He’s the only one who may have slightly higher ability than the others.”

High Bridge drew Post 4 in the first elimination. The son of Cantab Hall equalled his lifetime mark of 1:54.3 winning a prep race at the 'Big M' on July 27 with leading driver Yannick Gingras in the bike.

“I like High Bridge and I’m happy I put him in,” admitted Takter. “The way his prep went (on the lead) was not his ideal trip, even though he won. I don’t think he’s going to race that way, plus he’s in the toughest elimination. He could be my sleeper, though. He’s a goofy horse who kind of doesn’t know what’s going on. He’s raced well all year. He was nosed out of qualifying for the Beal final in June. He could surprise them on Saturday.”

In the second elimination, Takter has another colt by Cantab Hall, the diminutive Dontyouforgetit from Post 7. Yannick Gingras gets the call. With a mark of 1:52.1 taken at Pocono Downs, Dontyouforgetit comes off a troubled fourth as the heavy favourite in the Yonkers Trot when was wiped out by a breaker.

“Dontyouforgetit it is an overachiever,” noted Takter. “But, I mean, the way he made up about 20 lengths in the Yonkers Trot; if I had a horse like him behind me in the Hambletonian, I wouldn’t be worried. However, he’s a little guy and going two heats may be too much. I wasn’t planning on putting him in, but when I saw some of the other horses entering, I thought I’d give him a shot.

“If Dontyouforgetit wins the Hambletonian, it will be the highlight of my life,” he continued. “I bred the horse, and I raced his dam, Solvieg, who was named after my mother. When we were kids, after making a point, my late father, Bo, would always say, ‘Don’t You Forget It.'”

Perhaps Takter’s best chance at a third Hambletonian comes in the third elimination with Corky from Post 5. David Miller, who was recently placed on the ballot for Hall of Fame nomination, has guided the Muscles Yankee colt to four wins in his last five starts. Corky was a game winner of the $500,000 Earl Beal Jr. Memorial at Pocono Downs, and took his elimination in a career best of 1:52.4.

“I don’t know if Corky is really my best hope going into Saturday,” said Takter. “Yet, you’ve got to love his consistency. If he brings his ‘A’ game like he did at Pocono Downs, then he’ll be a very serious contender. I didn’t speak to Dave Miller after he won his prep last Saturday (in 1:54.3), but he told my staff he was very happy with his performance. He’s a lazy horse, but tough and durable, and he can take some roughing up. That might be Dontyouforgetit’s downfall.

“It would absolutely mean a lot to me to give Dave Miller the winning drive with Corky. He’s been a good friend and driven for me for many years. He drove Solveig, Ken Warkentin and Kadabra for me. He also won two straight Yonkers Trots for me. He’s driving Uncle Peter now. Dave is such a classy guy and a role model for young guys.”

In last year’s Hambletonian, Takter had the beaten favourite, Uncle Peter, who equalled the race’s fastest half of :54.3, but faded to seventh (placed eighth) and came up sick. He also drove Guccio to a close second-place finish despite a wide trip. Is Takter seeking a measure of redemption?

“Yes and no,” he replied. “For a guy who’s enjoyed a career like mine, I certainly can’t complain. I’ve finished twice in the Hambletonian as a driver, and it would be icing on the cake to drive the winner in this classic. I’m not really a full-time driver. I’m the quarterback, and when I drive them they’re mostly the ones that need my help. I’d rather use the best guys I can find. I just want to win these races, but to actually drive the Hambletonian winner would still be special.”