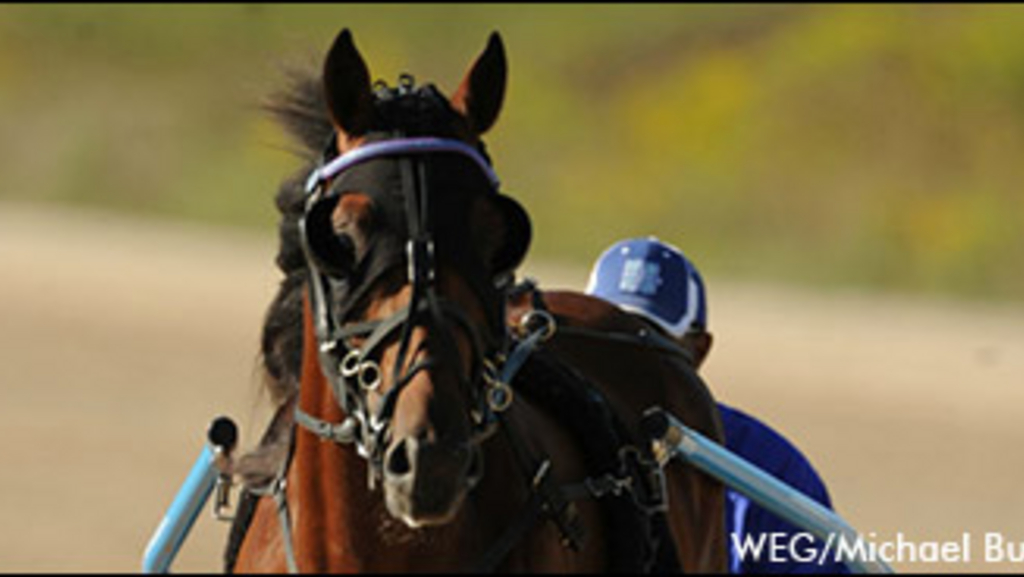 Odds On Equuleus has been assessed odds of 9-2 in Trot's 2013 Pepsi North America Cup Spring Book, ranked at #2. Trot Insider talked to trainer Robin Schadt for an update on the Art Major homebred.

Where did he winter and when did you start back with him?

"We went home [to Illinois] after his last start in Lexington, he was turned out at the farm. We have 100 acres there. When the bus went to Florida Thanksgiving weekend, he went to Florida and I turned him out at a farm in Palm City. He was there until about the first of January and then he came into the Trotting Center."

"Physically he's filled out nicely which is what we all hope for. Mentally he's realized he's a teenager now. His attitude has always been great."

He qualified last Saturday, winning in 1:52.4. Will he qualify again?

"We're going to qualify back on the 11th of May. So he'll get this week off, and qualify back."

"His first start if all goes well is the 18th in the New York Sire Stakes at Vernon. From there, there's a week off and then we're on our way to Canada for the Somebeachsomewhere and the NA Cup."

"He has the Meadowlands Pace but I try not to look too far ahead."