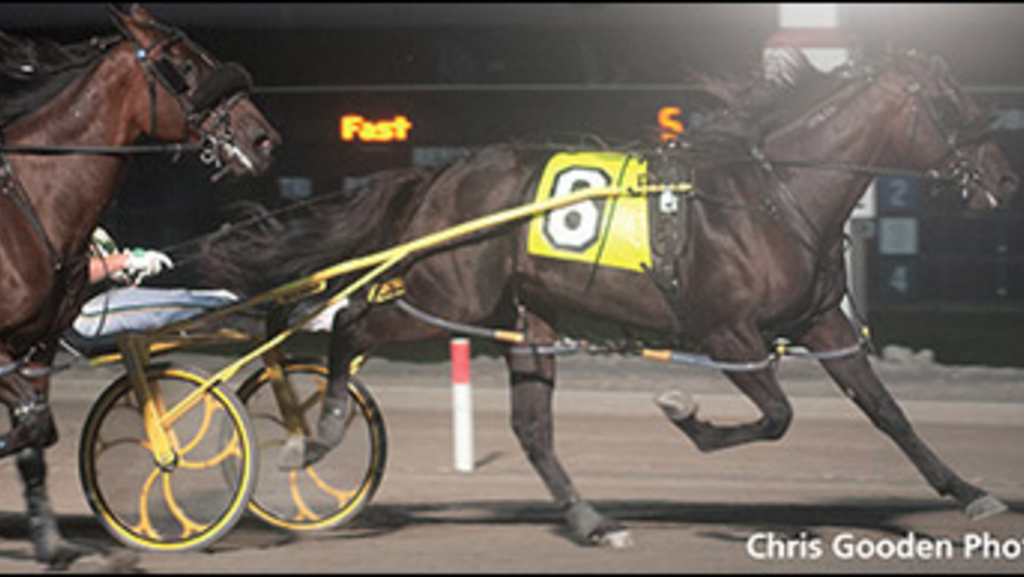 "He gets to Lexington, and against Captaintreacherous he gets beat a nose and I really think that if he got out clear earlier I think he would have got by him. At that point we started thinking he's probably better than just a nice colt."

Dedis Dragon comes in at #8, assessed odds of 18-1 in Trot's 2013 Pepsi North America Cup Spring Book. Trot Insider caught up with the colt's trainer and co-owner Ron Burke for an update on the Dragon Again sophomore.

Dedis Dragon - winning at 2 at The Meadows

"He was in Florida with my father and I at Reveille Training Center."

"He started back January 15. He didn't have a lot of time off so we just took our time bringing him back."

"Not really. He was always a well-made horse. He's not a real big horse, he's just average in stature but overall he's nicely proportioned."

He qualified on April 20 at The Meadowlands. What were your thoughts on his qualifier?

"He was super. He even surprised me. He was stronger than I thought he would be. He was a good second and Brian [Sears] was wrapping him up the whole way down the lane."

Update: Dedis Dragon qualified since this interview was recorded, on Saturday April 27 at The Meadowlands. With Yannick Gingras driving, Dedis Dragon finished second by a neck to Odds On Equuleus in a 1:52.4 mile, with a final quarter timed in :25.4.

"He's in-to-go this Saturday in an overnight at Pocono and then after that he has a Pennsylvania Sire Stake race. I don't think I'll bring him up to the Somebeachsomewhere before the North America Cup."

"We didn't do the Meadowlands Pace with him because you can't do the Cup, The Max Hempt and the Meadowlands Pace. I always thought this horse might be a bit better on a smaller track. We're in the Jug. I think we'll try to avoid the best of them when we can. If you can be sharp when you do race against the best colts then you can get as much as you can, that's the plan with him."