Two In, One Out For Bax & Bullock 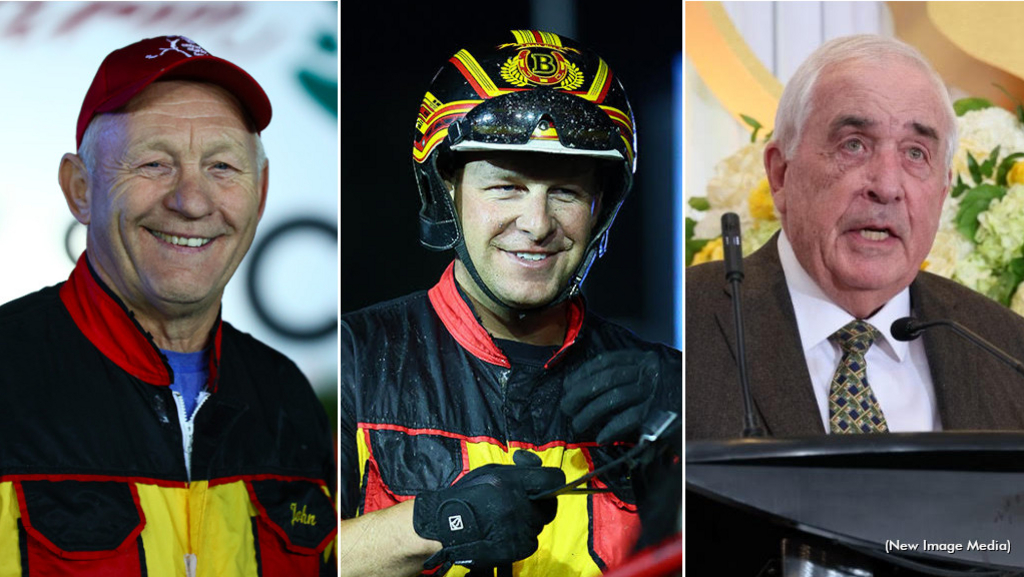 There wasn't much surprise when a trotter from the barn of John Bax was revealed as a Mohawk Million entrant on Monday (Sept. 19). If there was a surprise, it came when Righteous Resolve's name wasn't mentioned.

Bax, who had a surprise of his own on Tuesday morning when he got the call to inform him that he was a finalist for the Canadian Horse Racing Hall of Fame Class of 2022, told Trot Insider that his two-year-old stable star was considered for a Mohawk Million spot but ultimately her connections chose to sit this one out.

"That was the owners' decision," Bax told Trot Insider on Tuesday before he was given the Hall of Fame news. "I think they're looking down the road, they're looking at the Breeders Crown. They're trying to do what's best for the horse and not try to overrace her and all that good stuff.

"It would be nice to have her in [the Mohawk Million] but, you know what, I appreciate what they what they're trying to do and I'm good with it." 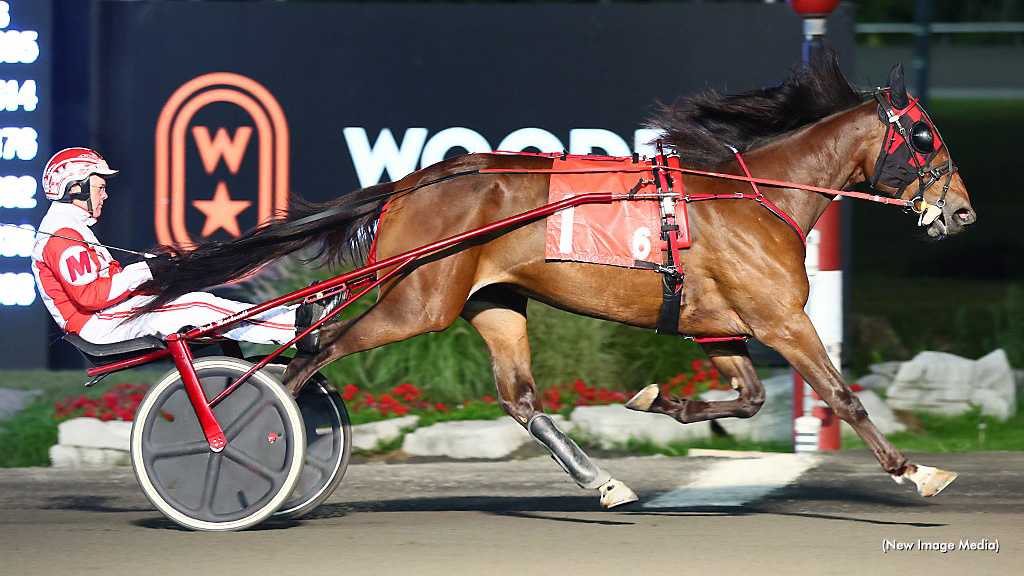 Part of what that group is trying to do is manage a talented filly and maximize what that filly can do next week, next month and next year.

"We missed the [OSS Gold] at Flamboro with this in mind; not trying to overdo it. It was between the Flamboro race and the Champlain; stay on the big track and that...and now we're looking at one more Gold, the Super Final and if everything's good the Breeders Crown. So she has, potentially, four more starts.

"And you know the story, you like to put them away in the right frame of mind and health-wise with an eye towards next year," Bax continued. "That's maybe the toughest thing in this business, to have two years in a row being the top horse. Usually you get it at two or you get it at three  but it's hard to get it at two and three."

With Righteous Resolve sitting this one out, Bax sends out another filly — Proud To Be Lindy (PP2, Chris Christoforou, 15-1) as well as multiple stakes winner winner Oh Look Magic (PP3, Matt Bax, 5-1) in hopes of million-dollar glory.

One of three fillies in the Mohawk field, Proud To Be Lindy (Muscle Hill - Lindys Lullaby) is winless in six starts, but does have three runner-up finishes for owners Bax Stable and Glengate Farms. Her most recent effort was a solid runner-up finish to stablemate Righteous Resolve in the 2022 Champlain.

A gelded son of Lookslikeachpndale and former Bax pupil Miami Magic, Oh Look Magic is four-for-seven in his rookie season with notable victories in a division of the Champlain and an elimination of the Wellwood Memorial. The Cavalier Stable partners with Bax Stables and Glengate Farms on the third choice on the Mohawk Million morning line.

While Bax didn't deny that Righteous Resolve would have the best chance at winning the Mohawk Million from his three talented trotters, he agreed that his tandem shouldn't be discounted and should be heard from on Saturday.

"I like to think that we have home court advantage, being just five minutes from the racetrack. Whether that translates into positive results...we're in."

And as Bax knows, you have to be in it to win it. Jim Bullock, the owner of Glengate Farms, purchased a slot in the Mohawk Million in February and Oh Look Magic emerged from a crowded crop of Bax-trained freshmen to earn a spot in the sport’s richest race for two-year-olds.

“I have a lot of horses with John Bax, whom I have great regard for,” said Bullock. “I sat down with John, and I said 'you’re training 21 two-year-olds, one of them has to be good enough for this race.' So, I bought the slot, and one of his better ones turned out to be my homebred.”

Matt Bax was in the bike for the Wellwood elimination where Oh Look Magic went off at 26-1 and will sit behind him in the Mohawk Million. Bax helps his father train the gelding and visited Glengate Farms to look at Oh Look Magic when he was a yearling.

The other nine drivers in the Mohawk Million are an accomplished bunch. Bax, on the other hand, isn’t an everyday driver. He has 72 starts and $163,747 in earnings in 2022. The second lowest number of starts this year among drivers in the field is 562.

“I might not be as good as some of those other guys, but what I lack in experience, I make up for in knowing the horse,” said Matt.

Oh Look Magic has forced himself into the conversation at the top of the two-year-old division this season, despite what some might consider an unproven pedigree. He’s from the first crop of his stallion Lookslikeachpndale and is the first winner out of his dam Miami Magic.

Bullock decided to keep him out of the yearling sales, and he is co-owned by Bax Stable and The Cavalier Stable. Along the way there were signs he might outperform what was expected of him.

“When he was a weanling and a yearling on the farm, before he went to John to train, if you went out to the field to look at our yearling colts, he was kind of the leader of the pack out there,” said Bullock.

Bax has also been pleasantly surprised with the horse nicknamed ‘Radar’ because of his trademark floppy ears.

“I was just hoping for a nice (Ontario Sires Stakes) horse that would be competitive in the Golds,” said Bax. “For him to turn out this way for the owners and breeders it’s pretty special just to be where he is so far, let alone in a race of this magnitude.”

This the second year Bullock has purchased a slot in the Mohawk Million, and Oh Look Magic is one of two Glengate Farms-owned horses entered in the big race.

“I was in it two years ago the first time, and I did it at that point to support Woodbine Entertainment Group who were trying to do something unique and different,” said Bullock. “It’s a unique format. I’ll probably have a better view of (what I think of it) on late Saturday night, or early Sunday morning.”

Proud To Be Lindy and Oh Look Magic will leave the gate beside each other from post two and three. Oh Look Magic has a good of a chance as any horse to be in the mix as the field spins for home.

“He’s no slouch in there,” said Bax. “It will be a competitive race, with different horses coming from every jurisdiction, which always makes the Mohawk Million an interesting race.”

The full-brother to Righteous Resolve, Duly Resolved (Resolve - Motown Muscle) hasn't posted the consistent numbers this season that garnered divisional honours as a two-year-old, but John Bax feels his most recent effort — a solid runner-up score behind archrival Twin B Archie in the 2022 Simcoe on Sept. 3 — was definitely a step in the right direction.

"He's bouncing back; he was kind of lethargic...had trouble with with eating, and allergies seemed to bother him. Yeah, we we're really encouraged with his last race, and we were kind of hoping for eliminations so that he would have another start and it didn't work out.

Duly Resolved and driver Paul MacDonell leave from post eight on Saturday night, assessed morning line odds of 15-1. To his inside in post seven is 3-1 favourite Branded By Lindy and driver Yannick Gingras. Twin B Archie is the 7-2 second choice with James MacDonald from post four.

"I was a little nervous [Monday] night when there was two peas left and it was eight and 10," said Bax with a smile.  So, eight hole's okay. You know, it's not ideal, but it's okay. We're hopeful that he'll come back to what he has been and I think he'll show good until the end of the year."

(with files from Ontario Racing)