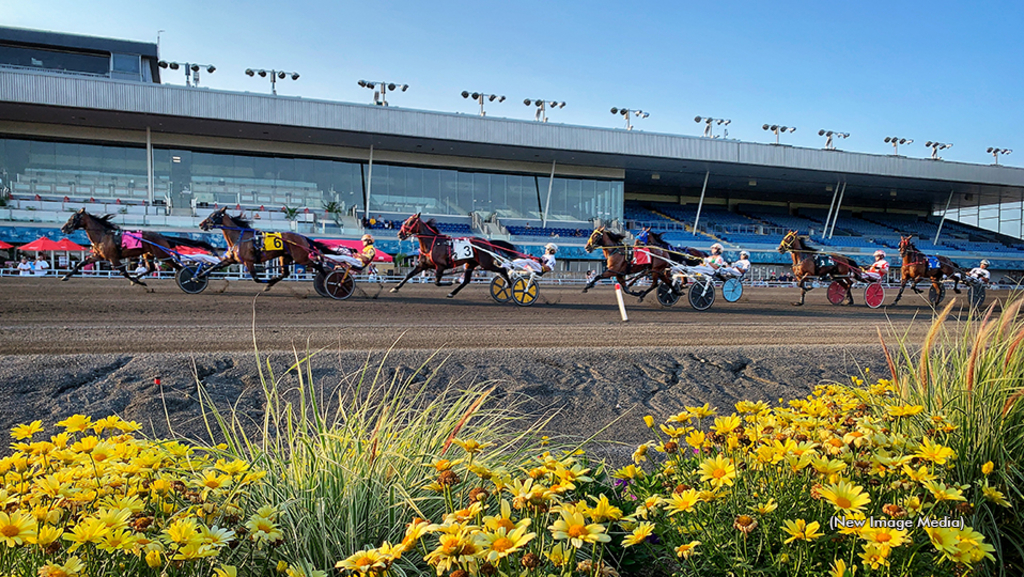 Aged pacing mares will traverse the Woodbine Mohawk Park oval on Saturday (Sept. 17) for their Ontario fall classic: the $230,000 Milton Stakes, while freshmen will also contest for their spots in their respective stakes events with a pair of eliminations for the Shes A Great Lady and Metro Pace.

The Milton Stakes, carded as Race 10 on the 12-race card, will see reigning U.S. Horse of the Year Test Of Faith try to sweep the pair of mare-pacing trophies offered by Woodbine Mohawk Park after having won in the Roses Are Red earlier this year. The Brett Pelling pupil starts from post four following a win in her elimination. She starts just outside of the other elimination winner Grace Hill, who recently shifted to Virgil Morgan Jr.'s barn and shipped north to fire home and win her elimination with a :25.1 final quarter.

A field of 10 aligns for the Milton Stakes and includes four millionaires. Test Of Faith has recently passed the $2-million earnings mark but faces other millionaires including local warrior So Much More (starting from post one), down-under import Amazing Dream N (post five) and Fire Start Hanover (post eight), the last of which will try for redemption off a fifth-place finish as the favourite in her elimination.

The Metro Pace lured 18 into the entry box, splitting to two eliminations of nine frosh pacing colts and geldings. Elimination one, carded as Race 4, will have Save America score from post six off back-to-back wins in Grand Circuit competition at Mohawk. Also in competition are Ace Of Aces, runner-up to Save America in the Champlain Stakes last week; and Huntinthelastdolar, who returns north off a second-place finish in the New York Sires Stakes Final at Tioga.

For the Shes A Great Lady, two eliminations of seven will go to gate. Elimination one goes as Race 3 and will have standour Silver Label's sister Savethelastdance start from post four. The field also includes third-place finisher in the Whenuwishuponastar final Always B A Star and Charleston, who has only lost one race in five starts with that loss being a second-place effort.

This weekend also would have featured eliminations for the Elegantimage and Canadian Trotting Classic finals, however only 11 dropped into the entry box for each race and will go straight to final next Saturday (Sept. 24). Below are the entrants for each stakes race in alphabetical order:

In the opening race on the Saturday card, eight of the 11 Elegantimage starters will compete in a $30,000 race. Ontario Sires Stakes star Adare Castle will have post two with Canadian upstart Warrawee Xenia starting from post six.