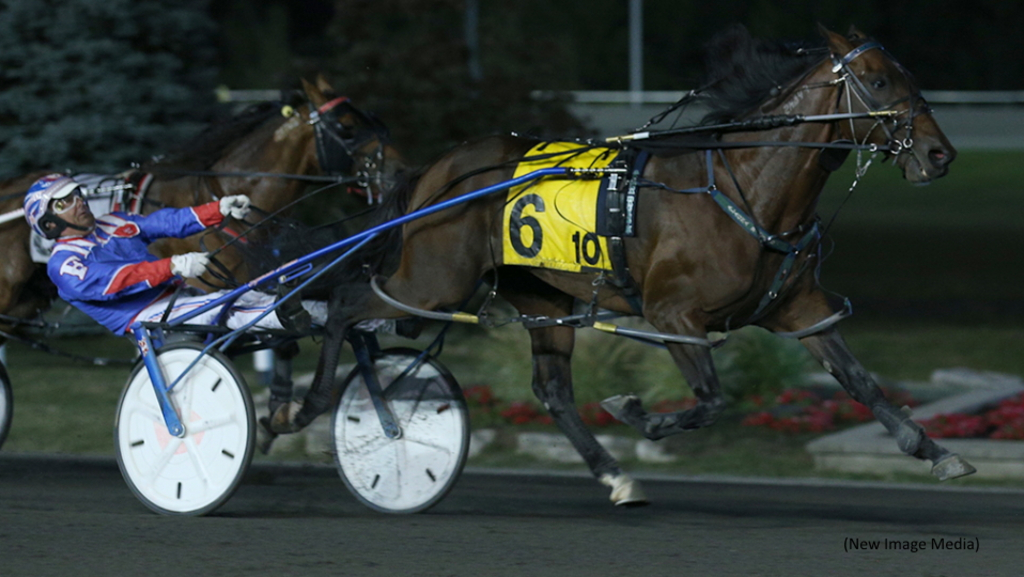 American History found the chink in Warrawee Vital’s armour Saturday evening at , and in doing so he found himself in the role of upsetter in the $52,000 Open Handicap for pacers.

Wheels On Fire took the early initiative by blasting to the top and hustling the field past the quarter pole in :25.4.  Heavily-favoured Warrawee Vital spent the first quarter on the outside looking in, but he eventually worked his way to the front in the backstretch and then had the field tracking him past the half in :53.2.

The tempo setter bumped up his lead to three lengths at the three-quarter pole in 1:20.3, but things got a little dicey in deep stretch when Jody Jamieson called on the leader for more and he didn’t get a big response.  That allowed American History, who was treated to a ground-saving trip throughout the mile, to angle out and power by thanks to a final quarter clocked in :27.1. Sylvain Filion used that kick to win by 1-3/4 lengths with the Richard Moreau trainee. Warrawee Vital was next best, with Mappos Lion finishing third. Time for the mile was 1:48.3.

Brad Grant of  owns the 32-time winner, who extended his winning streak to two-in-a-row thanks to the come-from-behind score. He’s put together a 6-4-1 record from 22 starts this season. He’s banked over $150,000 this year and more than $1.5 million in career earnings.