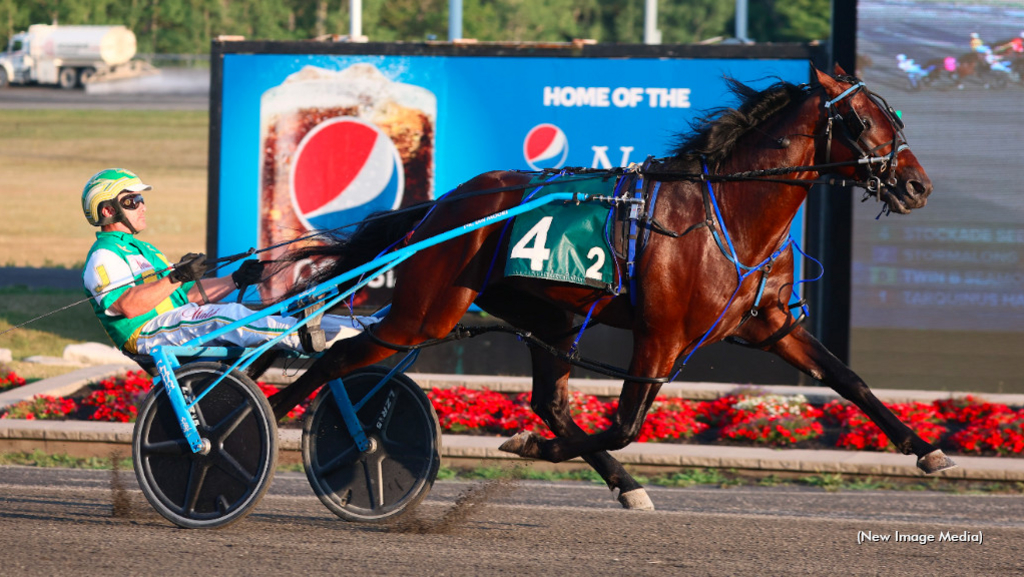 Stockade Seelster made it three-for-three to start his young racing career on Friday (Aug. 5) at Woodbine Mohawk Park.

The son of State Treasurer delivered a 1:51.4 victory in the second leg of the Dream Maker Series for two-year-old pacing colts and geldings.

It was Stormalong (Bob McClure), who held the lead after an opening fraction of :26.3, but he was immediately passed by odds-on favourite Stockade Seelster, who left from Post 4.

Stockade Seelster quickly grabbed control at the front of the field, and never relinquished the lead. He cruised through a :56.4 half and 1:25 three-quarters.

The competition was no match for him on this night.

Stockade Seelster came home in :26.4 to post a 5-1/4 length victory over Twin B Seamonster (Sylvain Filion) while Stormalong finished third.

Trained by Ian Moore and owned by Sally MacDonald of Souris, P.E.I., and Paul MacDonald of Toronto, Stockade Seelster has earned $111,300 this year.