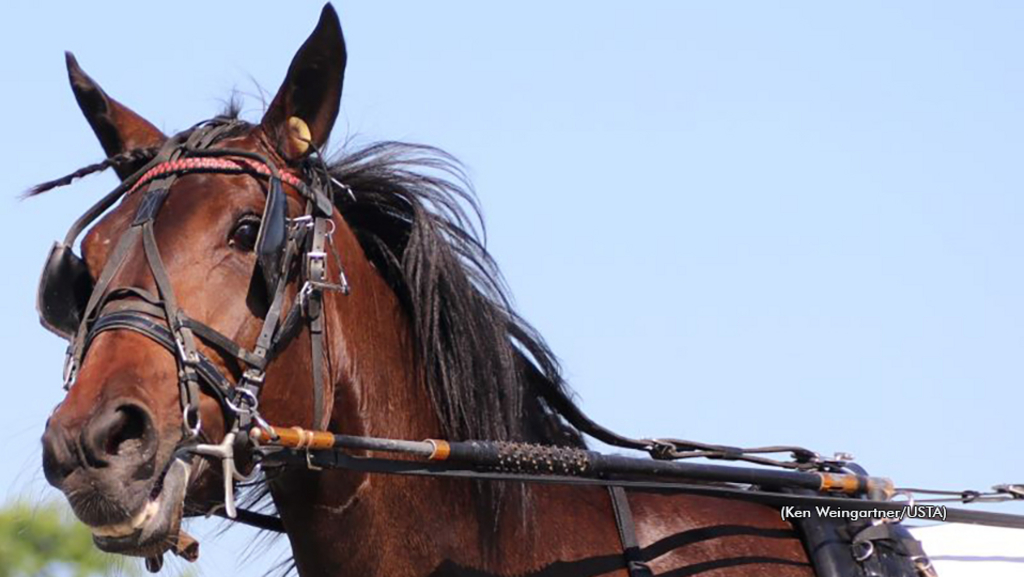 It was a three-win morning for trainers Tom Cancelliere and Nifty Norman at Wednesday’s (June 22) Magical Acres qualifiers for two-year-olds.

Rounding out the list of winners during the 13-race portion of the morning for the two-year-olds were Carter Pinske’s female pacer To All A Goodnight, Jake Leamon’s female pacer Rock My Socks and Bruce Saunders’ male pacer Manferno.

Absolute Power, Dole Whip and Lite N Sweet all were in their second qualifiers at Magical Acres. Absolute Power, a 1:59.4 winner on June 8, went around the five-eighths-mile oval at the training center in 1:57.1 on Wednesday. The daughter of Sweet Lou-Power Pack Hanover is from the family of Grand Circuit winner Panther Hanover.

All three were bred by owner John Cancelliere and driven by Corey Callahan.

Duval Street and Kingpin Hanover were making their first qualifying starts for Norman while Lockdown Lady was a winner in her second try.

Kingpin Hanover (E L Titan-Keepsake Hanover) won in 2:03 with driver David Miller. He is owned by Kovach Stables and Enzed Racing Stable. He was bred by Hanover Shoe Farms and sold for $35,000 at the Standardbred Horse Sale.

Lockdown Lady (Father Patrick-Cameron Hill) won in 2:00.1 with Dexter Dunn. She was second in 2:02.1 last week. She is owned by Mel Hartman, David McDuffee, and Diamond Creek Racing. She was bred by Glengate Farms and sold for $67,000 at the Lexington Selected Sale. Her third dam, Cameron Hall, was a multiple Dan Patch Award winner and O'Brien Award winner and earned $2.1 million in purses.

For Ryder, Apertif (Sweet Lou-Candlelight Dinner) won in 1:56.2 in his debut while Lous The Attitude (Sweet Lou-Cams Macharena) scored in 1:57.1, also in his first try.

Apertif, from the family of millionaire Romantic Moment, is a homebred owned by Let It Ride Cooper Stables, Mac Nichol, Howard Taylor and Bottom Line Racing. He was driven by Dunn. Lous The Attitude, a $32,000 Lexington Selected purchase, is owned by Let It Ride Stables, Maurice Chodash and Barry Cohen. He was bred by Anvil And Lace Farm and Steve Thoke. He was driven by Patrick Ryder.

Smedshammer drove both his winners, Kennebago in 2:01.3 and Sevenatchi in 2:04. Both were making their second starts. Kennebago (E L Titan-First Class Act) is owned by breeder Michael Andrew. Sevenatchi (Chapter Seven-Catching Katie) was purchased for $72,000 at the Standardbred Horse Sale and is owned by Purple Haze Stables. He was bred by John Schlabach.

Saunders saw Manferno win his first time out, stopping the clock in 1:57.3 with driver Andy McCarthy. Manferno (Always B Miki-History Repeats) is owned by M And L of Delaware and Alabama Harness Associates. He was bred by Hanover Shoe Farms and sold under the name Hawking Hanover for $100,000 at the Standardbred Horse Sale. He is a half-brother to Grand Circuit winner Hammering Hank.

Rock My Socks (Boston Red Rocks-Kattimon) won for the second time in three qualifiers for Leamon, posting the fastest mile of the day, 1:56, with driver Todd McCarthy. Bred by Winbak Farm, she is owned by Rick Berks and was purchased for $30,000 at the Lexington Selected Sale. She is a half-sister to O’Brien Award winner Classic Pro and Grand Circuit winner Devil Child.

To All A Goodnight (Captaintreacherous-Extreme Dream) won in 1:58.4 for driver Dunn and trainer Pinske in her second attempt. She was purchased for $100,000 at the Lexington Selected Sale and is owned by Pinske Stables and Kentuckiana Racing Stable. She was bred by Kentuckiana Farms. She is a half-sister to Grand Circuit winners Thinkbig Dreambig and Tiz To Dream.

For complete charts from the qualifiers at Magical Acres, click here.

The First Mile, presented by onGait and produced by 412 Communications, provided coverage of the qualifiers live from Magical Acres with harness racing media veteran and series producer James Witherite serving as lead commentator. A replay of the live stream is available below.