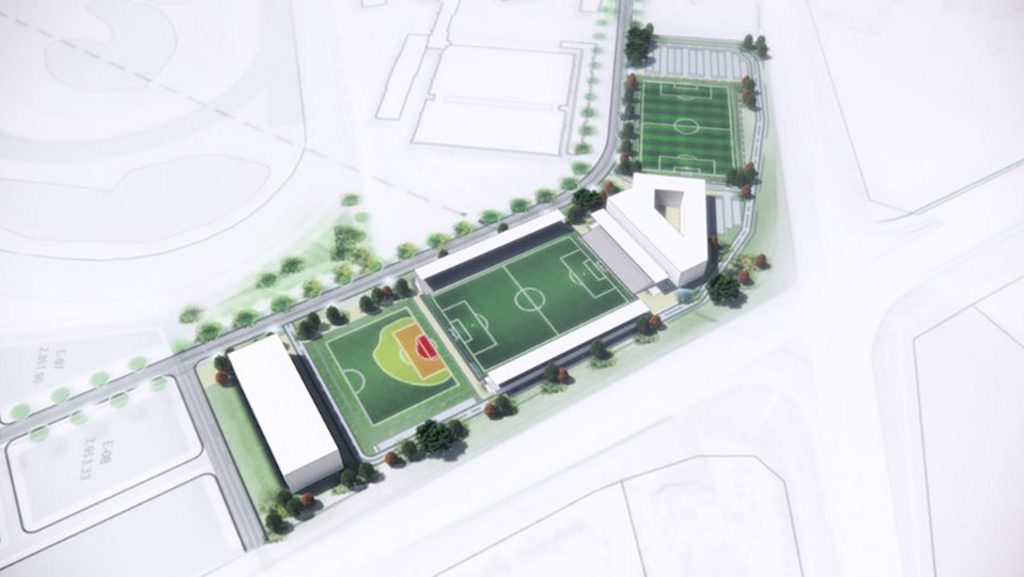 Woodbine Entertainment announced on Wednesday (March 23) that it is prepared to designate a portion of its 684-acre land at Woodbine Racetrack for the development of a new high-performance training centre and stadium for women’s and men’s soccer in the heart of Toronto’s Rexdale community.

In working with private investors and various stakeholders, the soccer project would feature an 8,000-seat soccer specific stadium and a 38,000 square foot training facility with a world-class grass pitch that meets FIFA professional standards. The venue would be a destination for national soccer training, hosting international federations preparing for major international events and potentially be a groundbreaking opportunity for the further development of women’s soccer in this country, from grassroots to the highest levels of competition.

The project would also complement Woodbine Entertainment’s ambitious vision to create mixed use neighborhoods and upgrade backstretch and stabling facilities for horse racing.  The Woodbine Community Plan demonstrates how one of the largest pieces of undeveloped land in the City of Toronto can be transformed over the coming 25 years into a large-scale urban community — connected to Toronto and the GTA through a proposed privately funded train station to be built on the southeast corner of the property. The community plan is also expected to create upwards of 17,000 jobs. 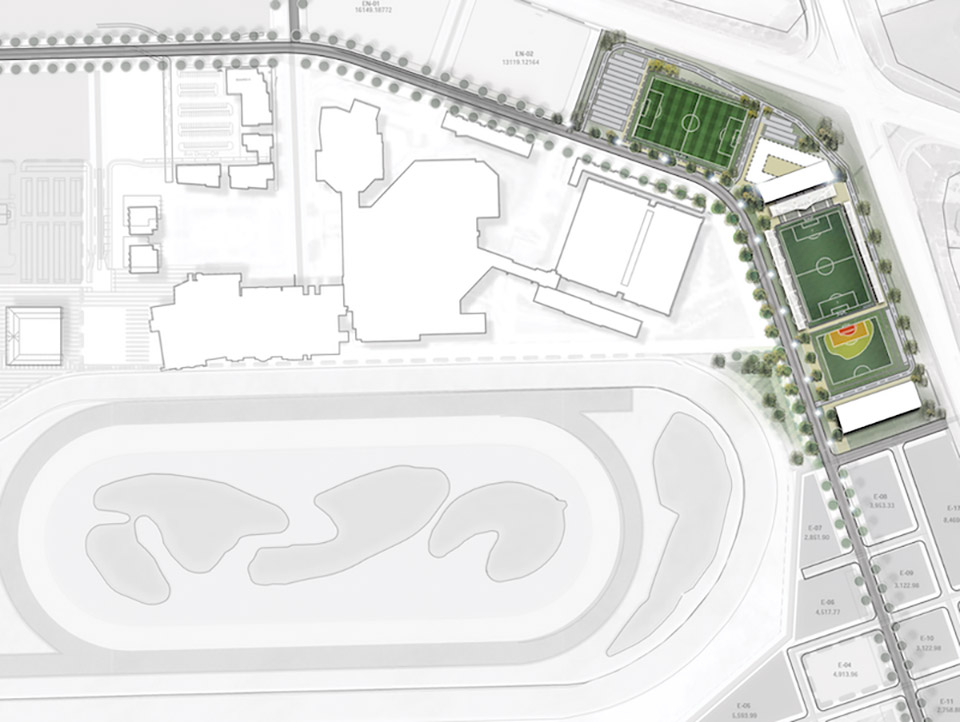 With approved zoning as part of the overall Woodbine Community Development Plan, the first phase of the project could be ready in 2023.  The high-performance centre and stadium plan are being developed by renowned global soccer venue design firm Populous and with additional input and expertise from the Baldassarra family and Greenpark Group.

“With Canada on the brink of qualification for the 2022 FIFA World Cup, the Women’s National Team Olympic Gold Medal win, and Canada co-hosting the 2026 World Cup, the time is certainly right for us to show our support for Canada’s growing soccer community,” said Jim Lawson, CEO, Woodbine Entertainment. “We see the power of the game in bringing people together and we cannot think of a more complementary sport as we look to further grow and sustain the horse racing industry and the 25,000 jobs it supports throughout the province.”

The new stadium and performance centre could be a permanent home for a potential domestic professional women’s soccer league. It would also be a key training base and stadium for Canadian Premier League clubs including York United FC.

“We are a family of builders and share Woodbine’s vision of creating communities for a better Toronto,” said Michael Baldassarra, York United Chairman and Greenpark Group Executive.  “We have been so proud to invest in the future of Canadian soccer in recent years and a high-performance training centre and stadium is perfect for what is to come as we see the women’s game poised to take giant leaps across the county.  This would also be an ideal site for Canada’s first women’s professional club, and I could see the wider community getting such a wide variety of uses from a facility like this.”

“The 2026 World Cup is an amazing target for so many of us working in Canadian Soccer right now, but before there many other major events that Canadian athletes will need to prepare for,” said Angus McNab, President and CEO York United FC. “Facilities and infrastructure for the professional game to thrive are required and this location is ideal. We would also be very proud to plant the flag to bring the first women’s professional team to Canada as part of a much-needed domestic league.”

The stadium and performance centre would also be one of the most accessible through public transportation with the proposed new GO Station. The addition of a stadium would be another key driver of annual visits to a developed community at Woodbine Racetrack that is expected to exceed more than 16 million visitors annually.