Boden Steps Down, Currie Speaks Out 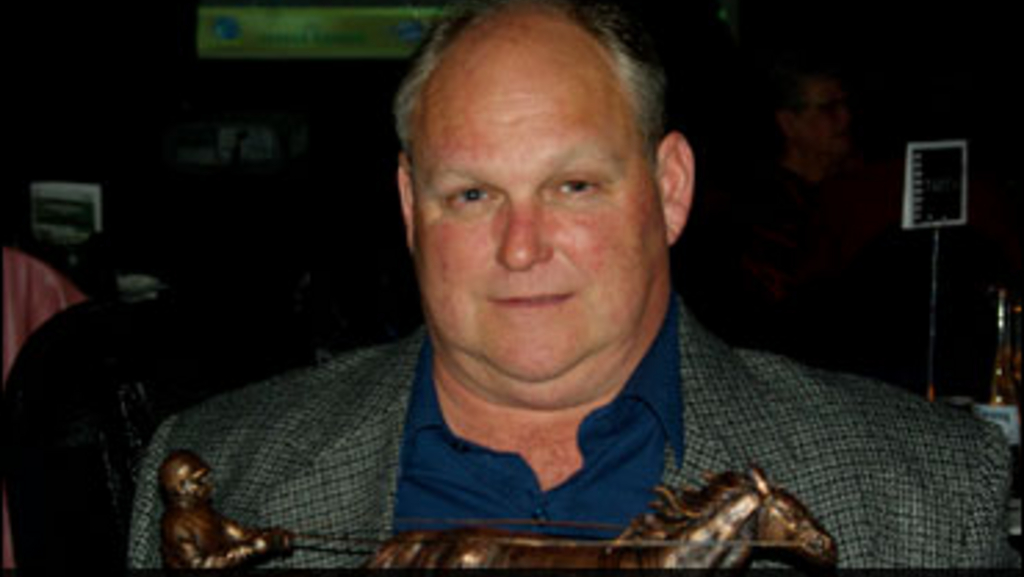 In light of the announcement made by British Columbia Government's Gaming Policy and Enforcement Branch of the Ministry of Housing and Social Development that places the future of harness racing in question, members of BC's racing community are up in arms

Bill Boden, the standardbred owner who was serving on the BC Horse Racing Industry Management Committee, told Trot Insider that resigned from the Committee on August 12, 2010.

In another attempt to further harm harness racing in the Province of B.C., Mr. Sturko in my opinion made yet another ill informed decision to slash dates for Fraser Downs at probably the Most CRITICAL time of our Season; due to the fact the bulk of our Breeder's Stakes races are in the Fall. As Vice President of Harness B.C., I cannot help but feel VIOLATED at this turn of Events.

As of August 13th 2010, at 12:00 PM Trainer's and Participants were feeding lunch after a day's training session programmed for an October 1st start. Less than Six Hours Later, in an after Business Hours e-mail forwarded to me, I find out that Mr. Sturko in his un-educated capacity towards Horse Racing made a decision based on Great Canadian's view, cancelling more than 30 per cent of remaining dates and moved the start date to October 15th, 2010 at Fraser Downs.

The many negative issues created by this decision AFFECT ALL PARTICIPANTS, but mostly effect the poor horses that are expected to be qualified and raced through three Stake Series in 10 weeks !!! I think this finally shows once and for all Mr. Sturko's complete lack of knowledge and or worse lack of respect for the animals and many people involved in this great Heritage Business.

At this time, I would like to thank the many Organizations that have e-mailed in support of our many issues with Great Canadian Gaming and the Gaming Enforcement Policy Branch in the Province of B.C.

I have called an EMERGENCY MEETING for Monday morning August 16th at 9 AM and URGE all members to be ready for a General Meeting TBA at that time....

Here comes the Great Canadian Gaming Corp.They have started in the West,we,ll be next.

I personally believe we need to understand that the GCGC does not give a Damn about standardbred racing. As I see it we are at this point in Ontario and all other jurisdictions where they have interests are only a necessary evil. Standardbred racing cuts into the bottom line of their Slot revenues by them having to host our events.

I wonder if Chuck Keeling has finally seen the writing on the wall and fears his Grandfather is turning over in his grave.We all know the Keeling family have been staunch supporters of harness racing for decades.

With what is going on in BC, one has to wonder were has Government By The People For The People GONE

United We Stand , Divided We Fall. It is time all the Horsemens associations get together,bury the personal hatchets and tackle our REAL PROBLEM.

HEAR HEAR Larry, you have

HEAR HEAR Larry, you have put my exact thought and opinions into words. Personally I have already invested my home and relocated my entire family to purchase a property in the interior of BC to establish a boarding and breeding business 2 years ago. Its not just the people that race the horses that will be the losers here but the ripple effect will go from feed dealers, hay farmers, horse transporters, vets and on and on. I ask how many of these spin off businesses realize that the govt holds the axe and is about to let it fall?
That's why I believe that we need to launch a media and legal battle immediately.
Expose the govt for not only breaking promises, agreements and one sided negotiations (if we can call them negotiations) and expose to the general public that in one year the govt cut all funding to the BC Standardbred Horse Adoption Society as well.That will put into a glaring perspective that this govt is only about the big buck and only for the chosen few.
And how they love the spew the rhetoric economic stimulus and job creation BS. It is clear that their MO is to just shove it down the throats of the stupid general public of BC, just the same way they arrogantly put through the HST despite the public outcry.
Liars and thieves.
We may go down but lets not go down with out a fight. Let our voices be heard all over this province and make sure we take them down with us come election time.

Brett I am in complete

Brett I am in complete agreement with your comments and Bodens decision to resign from this autocratic organization. I would like to be at your meeting but I am out of town.

Four months of racing in B.C. and four months in Alberta is a joke and is even more a joke when you consider the cost and time needed for horsemen to relocate. Children need to be educated, equipment moved, housing needs to be found etc etc. Let's use some common sense! This is at a time when purse monies are at all time lows. We are talking distances of 700 to 800KM. When do trainers have the time to take care of and train their horses? Some horsemen have farms, brood mares, stallions etc to consider. These animals are not machines!

The suggestion that the Strandardbreds lose 14 days of racing is absurd. These horsemen have been training their horses to be ready for the fall meet since the close of the meet in June. Does GCGC think that these animals can operate like a machine!

It seems that the Standardbreds are taking the total hit for loss in revenues. Where do the Thoroughbreds fit in? Where is the slot monies that was promised? To make matters worse the GCGC have asked that the 2011" rescind all assigned raced days" and " may in the future request approval to race in 2011" What is with this stupid idea. It very clear where they are going. Improve the thoroghbred meet at the expense of the standardbreds. Who cares!

Why is GCGC making all the decisions? They are not the only ones that make a living from this industry. I do not believe that HRIMC has approved this proposal if they did why did Bill Boden, a well educated and experienced business man and horse owner, resign?
And why did Chuck Keiling suddenly resign?

I applaud Bret Currie's initiative in calling a meeting.

1.The leaders of the Standbred industry and in particular the executive and directors of the BCHA need to and must rally the troops and fight these arrogant people.

2. Engage an advertising campaign in all news papers and trade magazines to explain the situation with GCGC and to nurture support from the general public and politicians.

3. Invite the T.V. media to bring their cameras and editorial staff to F.D. and witness what horsemen do every day to put out a first class race and the investments and sacrifices that have to make.

4. Invite radio talk show hosts to feature our concerns and to have our Executive or other informed individuals to be a part of it.

5. Invite the print media to write a story about our industry and the battles with GCGC and the Government.

6. Seek legal advise from a well know respectable law firm on what our position might be with a law suit. Promises have been broken by the Government and GCGC and they should be made to answer to the Courts.

7. Since we only rely on what the Government gives us in funding, we should have an accounting of the monies received from Gaming and how it was disbursed.

8. The Thoroghbred people owe the Standardbred and large sum of money. I law suit should be commenced immediately to recover these funds.

9. The horsemen should boycott the F.D. Casino and any other cascino owned by GCGC.
Hand out brochures and leaflets to participants as they enter the Casino. Parade our horses in front so that participants are aware of our problems. We must make it very hard for GCGC to do business and that the horsemen will not stand for this nonsense without a battle.