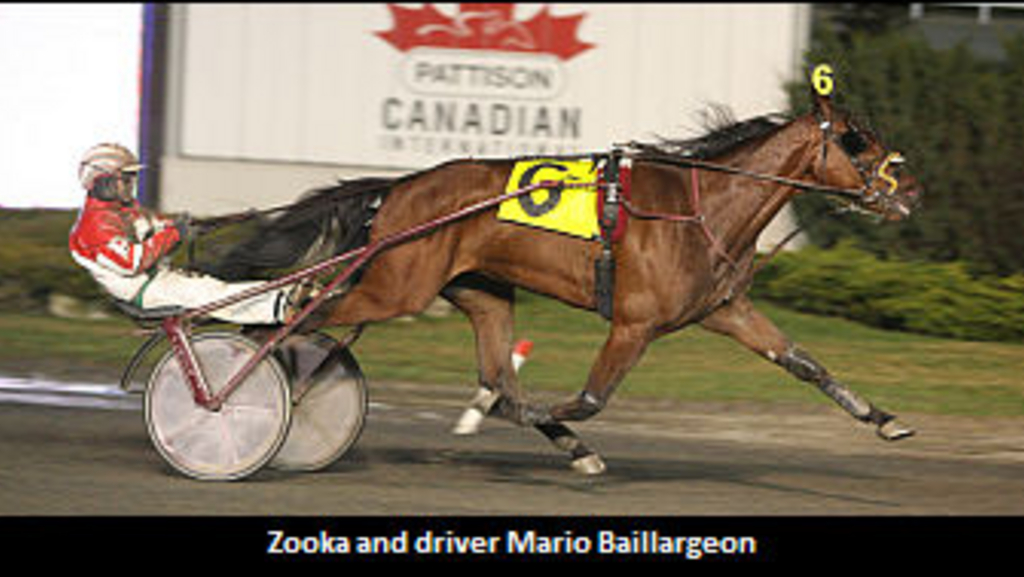 Trainer Ondrej Gois has confirmed with Trot Insider that his popular eight-year-old Zooka was euthanized Monday, July 5 after having cracked a pastern

From 159 career starts, Zooka, a gelded son of Astreos, compiled a record of 25 wins, 31 second-place finishes and 28 third-place efforts.

Sold at the 2003 Canadian Classic Yearling Sale for $24,000, Zooka went on to earn over $1.3 million throughout his racing career.

Zooka, who will always be remembered as one of the fastest free-legged pacers in the history of the sport, took his mark of 1:49.3 over the five-eighths mile Kawartha Downs oval at the age of five.

Zooka struck a couple of substantial pay days throughout his career, the first being his second-place finish in the Ontario Sires Stakes Super Finals in his three-year-old season, and later, at age five, when he finished a close third behind Artistic Fella and Mister Big in the Breeders Crown.

Please join Standardbred Canada in offering condolences to the connections of Zooka.

I just found out about

I just found out about Zooka's passing yesterday. I noticed his last start was noted with Vet-Long Term. Poor Zooka. He was a great Open pacer at one time and so young yet.

I will miss Zooka and he was the best free legged pacer I have ever seen. It's very sad.

WE LOVE TWIN B KEYKO. SAM

WE LOVE TWIN B KEYKO. SAM AND PAM. My daughter Sam rides Keyko every chance she gets. She is 19 years old and an absolute pleasure to around. Our condolences go to all the people who had been a part of Zookas wonderful racing career. We will give Keyko a kiss and a hug from all of you.

Thanks for the great

Thanks for the great memories Zooka.

He was an unique horse just

He was an unique horse just like his name ,i was always looking for him in the entries and results page and watched what he accomplished in his life . A pretty horse and a campaigner, my thoughts and prayers are with the people who were part of his life .My condolences to all of you .

I WILL MISS ZOOKA - BEST

I was so sad to hear of

I was so sad to hear of Zooka's passing, I owned his mother so he always had a special place in my heart. He was a great racehorse and a tough contender. My condolences go out to anyone who had the pleasure of being involved with Zooka, especially Diana, his longtime caretaker at Ben Wallace's Stable.