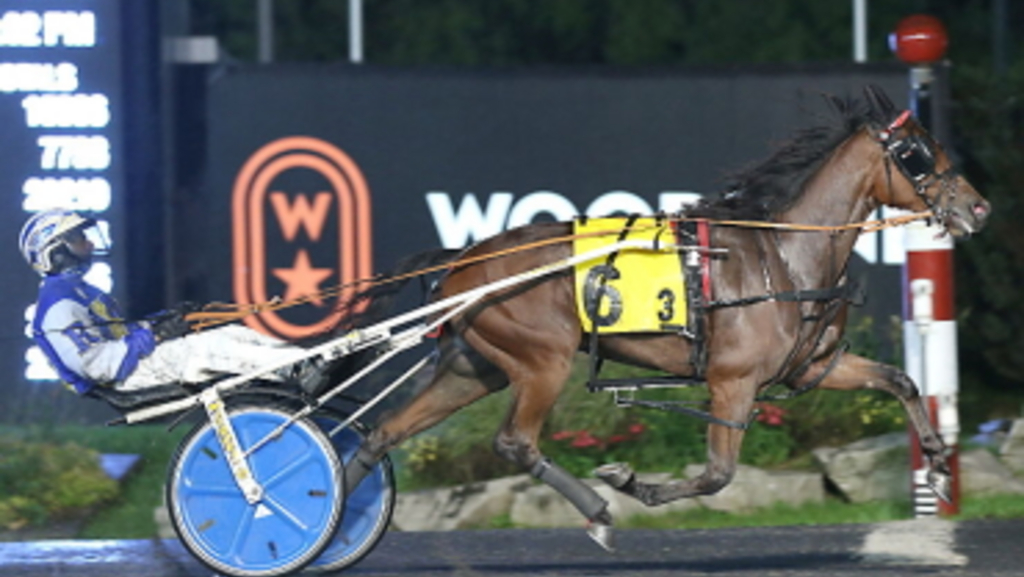 Ontario sired two-year-olds were in the spotlight Thursday evening at Woodbine Mohawk Park as the oval hosted the opening round of the Harvest Series for male trotters and pacers.

Four divisions – two for trotters and another two for pacers – carried a purse of $17,000 per division, and Kipper Whipr Snipr got things underway with a popular triumph in the first division for trotters.

Kipper Whipr Snipr was sent off as the 1-9 favourite and he didn’t disappoint for trainer Rob Fellows. The son of Royalty For Life-New Years Day has assembled a 3-2-1 record from nine tries for owner/breeder Edward Wilson. The youngster has banked $114,583 to date.

Hudon had the son of Archangel-Daylon Mistress on top through fractions of :29, :58.2 and 1:27. He then used a :30.3 final quarter to win by a pair of lengths over Lenis. Taking home third prize in the six-horse affair was Sir Ballykeel.

June Durand of Puslinch, Ont., owns the maiden-breaking gelding who owns a 1-3-0 record from nine starts this season. He’s managed to rack up $35,140 along the way.

Sports Advisor took down a new lifetime mark of 1:54.3 in the first pacing division for driver Doug McNair and conditioner Rick Zeron.

The son of Sportswriter-Shark Tail got away sixth before steadily advancing on the outside. He kept chipping away through fractions of :27.1, :55.2 and 1:24.3 and then spurted home in :29.4 to win by a neck over St Lads Sterling. Fox Valley Carlin rounded out the Trifecta ticket.

Rick Zeron Stables and John Donato own the two-time winner. He’s managed to bank $26, 647 during his first 11 starts.

Ron went gate to wire in the other pacing division for driver Phil Hudon and trainer James ‘Friday’ Dean.

The son of Sportswriter-Doubelieveinmagic rolled along on the lead through panels of :27.2, :56.1 and 1:24.4 before using a :29-second final frame to win by 4-1/4 lengths overRidinlukeyastoleit. Dont Poke The Bear rounded out the top three finishers in the $17,000 event.

Wilma and James MacKenzie of Ennismore, Ont. own the rookie who is now a two-time winner from 12 lifetime starts. The $8,500 payday bumped his career earnings to $36,725.