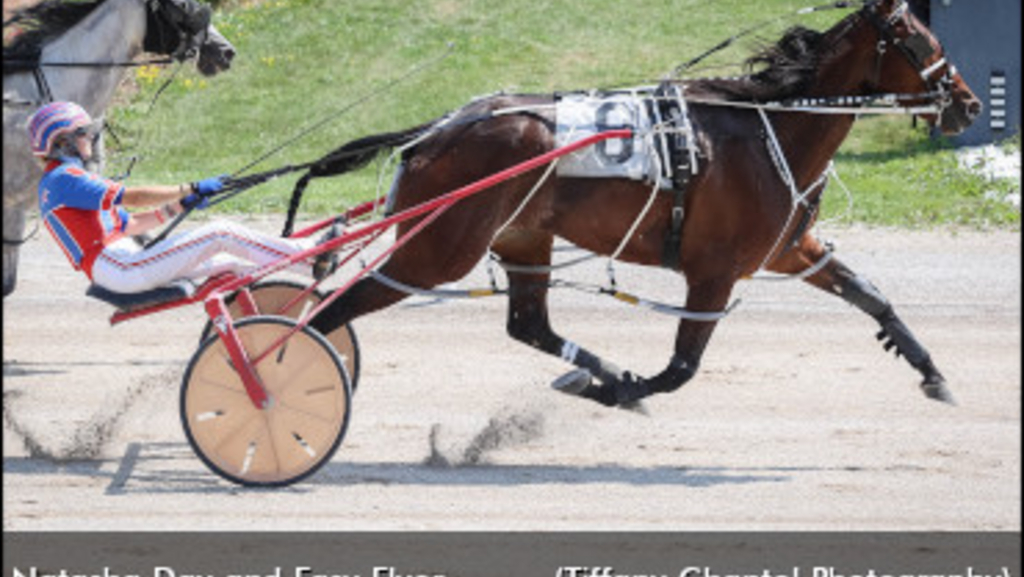 No stranger to the winner's circle at Hanover Raceway, Natasha Day emerged with the lead after the first five dashes of the OLG Ontario Women's Driving Championship contested Saturday (July 17) at the Grey County oval.

Day never finished worse than fourth in the five dashes contested, picking up a win in the final dash of the first leg aboard Easy Flyer to break a tie with two-time winner Marielle Enberg.

When asked by Hanover's Steve Fitzsimmons if she felt she'd have a home field advantage at Hanover, Day promptly replied "not with the way these guys were racing! I was happy to get around and earn some points. It all worked out at the end....It's great to be out here competing."

At the midway point of the competition, Day leads the eight drivers with 32 points. The Cambridge, Ont. resident added a runner-up score, two third-place tallies to top the leaderboard. Marie-Claude Auger didn't find the winner's circle but boasts the second best point score courtesy three runner-up finishes and heads into the finale with 27 points. Enberg rounds out the top three with 26 points.

The point totals for the OLG Ontario Women's Driving Championship after the first leg are as follows: 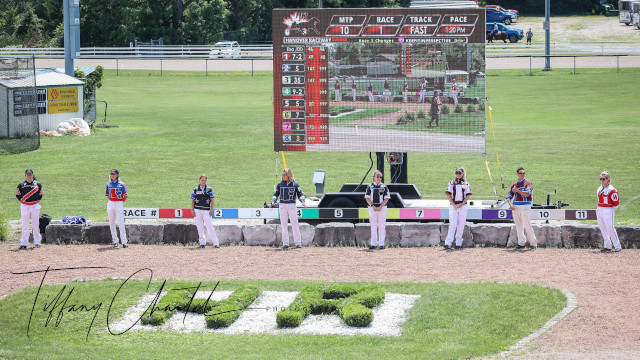 "This is a legitimate driving competition and that's basically what we said from the start," Fitzsimmons told Trot Insider after the opening leg. "It's very close . There are lots of contenders that could win tomorrow, based on how they performed today, and it's going to be an exciting day."

Fitzsimmons also noted that Hanover boasted its highest handle of the season with Saturday's card, likely bolstered by the loosening of restrictions that allowed for more on-track patrons.

"We had a pretty sizable crowd that was enthusiastic and supportive, and it was so much fun to see so many happy people back to the track that really wanted to see the product today and enjoyed it very much. We were very heartened by that."

Guest handicapper and analyst Monique Vág was looking forward to seeing competitive driving from the ladies, and she wasn't disappointed.

"I was hoping to see was competitive races and I didn't know how competitive it would actually be, and I know we've been touching on that quite a bit. It's just how aggressively but in a positive way, of course, females were driving and you know we could see, we could just see how hard some of the horses were leaving from the extreme outside and how imperative it was to fight for that positioning upfront early which was really interesting and a great type of perspective," said Vág, noting that the ladies definitely had their competitive juices flowing for the opening leg. "We love that, so it was a fantastic experience and I know how happy everyone was just to see the smiling faces on track and just how competitive the races were in general; that was my one big takeaway."

Vág was extremely pleased to see the drivers get this platform and make the most of the opportunity with all-around solid performances.

"We saw a little bit of everything in terms of faster fractions, horses getting parked, you know, aggression in general, we saw that and that's what we love to see and we hope to see that every single night racing overall, but just to be able to see it out of the females. It was something that, you know, I I kind of expected it but just to see it come to fruition and to just see, you know everyone giving their all, every single race. It was just an incredible sight, absolutely." 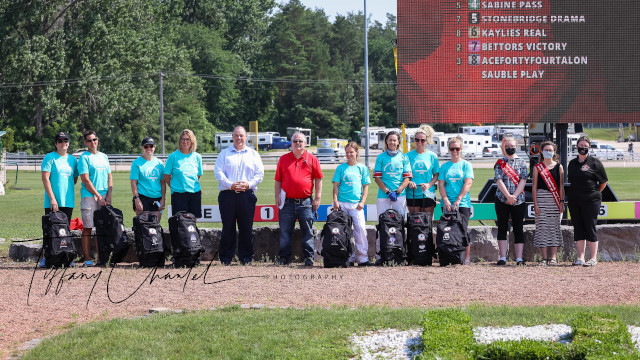 The drivers will head to Dresden on Sunday (July 18) for the second leg of the competiton, competing in five races to determine the OWDC champion.

This two-day event is a fundraising initiative for the Canadian Cancer Society for Cervical Cancer at Hanover Raceway and Harness The Hope at Dresden Raceway, two worthy causes that the drivers in the event are happy to support. Hanover Raceway is holding an Online Silent Auction to raise funds for the Canadian Cancer Society that runs until Saturday, July 17 at 6:00 p.m. There is also a donate button on the site, if you want to support the cause and not bid on any items.